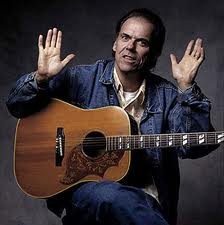 By Gabe Meline
Aug 17, 2010
During an intimate show at the Lagunitas Tap Room in April, John Hiatt, having already premiered a few songs from his new album, The Open Road, made a terrible mistake: he asked the crowd for requests. A loud barrage of shouted song titles ensued, making two things hugely apparent. One, Hiatt’s written a lot of songs. Two, people love the hell out of those songs. These are qualities he shares with Los Lobos, with whom he shares a stage this weekend in Healdsburg. Songs we’d love to see them play together include Hiatt’s “Real Fine Love”—imagine David Hidalgo sprinkling his solos over that contagious chord progression—or how about Hiatt singing a verse or two of Los Lobos’ “Dream in Blue”? Wish, hope, pray for some sort of collaboration when the two co-headline on Saturday, Aug. 21, at Rodney Strong Vineyards. 11455 Old Redwood Hwy., Healdsburg. 4pm. $50–$75. 707.869.1595.
Share
Facebook
Twitter
Linkedin
WhatsApp
Email
Print