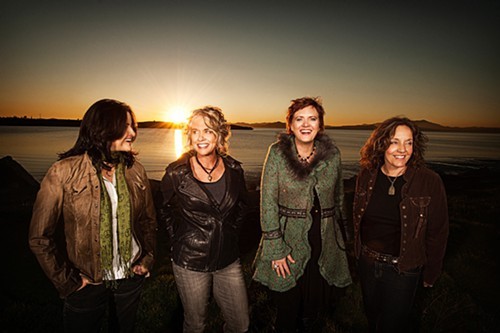 It began as a collaborative experiment between four solo musicians living in San Francisco. Over the last decade and a half, it’s transformed into a full-fledged band playing an eclectic and accessible folk-rock with soulful four-part harmonies. Blame Sally revel in their diverse backgrounds and styles for a wholly original sound that borrows from country, Celtic and classical. Rather than a clash of contradictions, Blame Sally seamlessly blend their influences on record and in their edgy live performances. The band plays a special outdoors set with food by Sol Food on Saturday, Aug. 9, at the Osher Marin JCC, 200 N. San Pedro Road, San Rafael. 7pm. $20—$25. 415.444.8000.