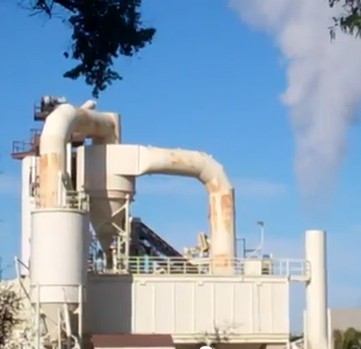 A storm’s been brewing in the West End neighborhood of Santa Rosa ever since the Bodean Asphalt Plant requested a city permit to install three multistory asphalt thermos storage silos earlier this year. The company claims the silos are an equipment upgrade that will not lead to expanded production, but will allow for increased storage capacity and more efficient production systems. Located in the Maxwell Court commercial industrial area, the plant has been in operation since the 1950s, grandfathered in as a legal nonconforming use. “Asphalt must be produced where it’s needed,” writes Bill Williams, general manager at Bodean, in a defense of the project on the company’s site.

But neighbors, including Allen Thomas, claim the environmental effects of the plant have not been fully explored, citing concerns about noise, odor, dust, aesthetics and potential toxins. In an April 26 letter to the planning commission, Thomas’ group Citizens for Safe Neighborhoods asked that an environmental impact report be implemented.

The population density has significantly grown in the surrounding area since Bodean established operations more than 50 years ago. “A large-scale asphalt plant does not belong in a downtown, residential location,” writes West End resident Rachel Lumberg in a letter to city planner Bill Rose. “I realize that the plant was grandfathered in; however, that does not permit the city to trade the health of its citizens for business.”