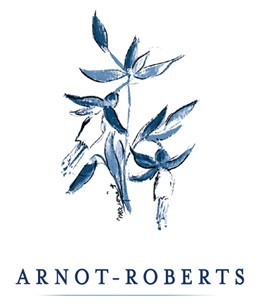 “I’m getting huge black pepper from this,” Duncan Arnot Meyers shouts as he leans over a T-bin brimming with freshly crushed grapes. “Yeah!” Nathan Lee Roberts calls back across the cellar. “I can smell it all the way over here!” With grasshopper-green stems garnishing black grape skins, all drenched in a frothy pink dressing, the bin’s contents resemble nothing so much as a great big salad—one that’s been treated to too many cranks of an oversized pepper grinder before somebody said “When.” Meyers and Roberts couldn’t be more pleased.

Green, spicy stems are the last thing that your average Joe Winemaker wants to see heading into a fermentation, but Roberts says he doesn’t necessarily think of the results as a flaw. Indeed, an aroma akin to freshly ground pepper is a key “ingredient” to Syrah from the northern Rhine Valley in particular, and from cool climates in general. Working backward from the kinds of wines that they prefer, the Arnot-Roberts boys source some of their fruit from the very fringes of North Coast viticulture.

Although these lifetime friends have roots in the Napa Valley wine business, the duo launched their Sonoma County-based concern on a shoestring budget, and reduced overhead by only making “exactly what two guys can do” and no more. Given their “self-limiting methods,” as Roberts puts it, that’s about 1,500 cases. (They share a rustic cellar space, dogs running underfoot and all, in a post-Prohibition vintage building with Pax Mahle’s Windgap Wines.)

The 2008 Clary Ranch Sonoma Coast Syrah is, at 11.5 percent alcohol, a likely rallying flag for low-alcohol enthusiasts. Savory, warm and fruity aromas of virgin olive oil, with red currant and cranberry over baked ham, lift the palate to a brisk finish. While acknowledging that the low ABV niche is of great interest to some, Roberts demurs from leading the charge: “I don’t want to be the champion of low alcohol wines,” he says. “I just want to make balanced wines.” Some of which do come in at over 14 percent, like the inky, black, licorice-imbued 2006 Alder Springs Mendocino Syrah. Arnot-Roberts’ featured outlier varietal, the 2009 Luchsinger Vineyard Trousseau, is a translucent rhubarb hue and was inspired by wines of Portugal’s Duoro. Strawberry, hibiscus and black tea finish with the lighter astringency of its second brewing.

As a testament to their efforts, all of the aforementioned wines have sold out in two months since November. Future Arnot-Roberts releases will be on offer through their mailing list, for prices that range from $30 to $80, as soon as the winemakers say “When.”