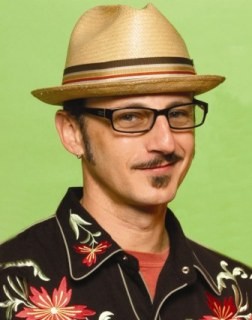 When is stepping back from a job appropriate? After a week? A year? Twenty-five years? Cartoonist Dan Piraro, creator of Bizarro, has finally completed his 10,000th cartoon and is deciding to take a much-deserved break. Well it’s sort of a break—he’s going to be touring on his “other” claim to fame, his one-man comedy show. Is pursing a new profession really the best way to take a break from 25 years of work? I guess the joke’s on him this time. Consistently funny in newsprint and garnering rave reviews for his variety show, Piraro is a national treasure, with a smart hat to boot. Catch the celebration with guest comedian Michael Capozzola on Friday, April 27, at 142 Throckmorton Theatre. 142 Throckmorton Ave., Mill Valley. 8pm. $20–$23. 415.383.9600.