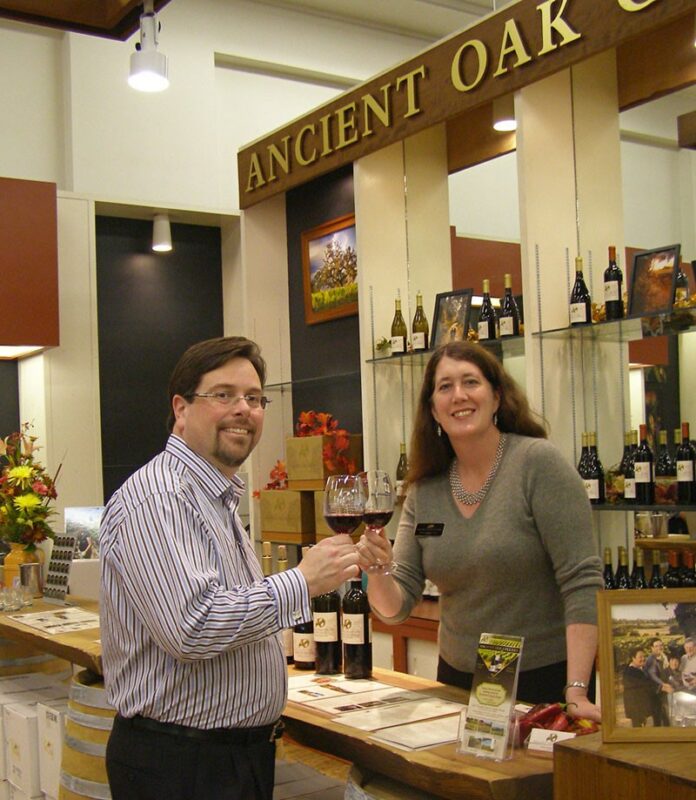 Barrels in the china shop

At 97 years young, Corrick’s is the last place one would expect to go changing things up. That’s what shoppers treasure about the place. For generations of Santa Rosans, Corrick’s has been the go-to destination for graduation fountain pens, wedding invitations, real cards that one sends with a stamp, the odd 25-cent manila envelope. The value of the friendly, need I say hometown service, amounts to much more than nostalgic whimsy.

So the recent inclusion of a winetasting room was a real eyebrow-raiser. Really? How much convincing did it take to open their aisles of fine china and crystal to the world of winetasting yahoos? None at all, beams co-owner Keven Brown. He says he couldn’t be happier.

Brown always thought that Corrick’s matched the selection of wine paraphernalia seen in better tasting rooms; they just didn’t have the wine. So he sent the china and silverware on a hike across the floor, and enlisted Ken and Melissa Moholt-Siebert to open their first tasting room. Their product, Brown says, is a nice fit with the arts and crafts that he features from local artisans like Nichibei Potters, represented in galleries nationwide.

Also represented nationwide, Ancient Oak ramped up to 8,000 cases in just six years. Ken’s grandfather planted Pinot Noir at the home ranch on Old Redwood Highway 18 years ago. “This is more than a hobby for us,” says Melissa, who formerly worked in neuroscience in Portland, Oregon, although Ken hops off the tractor now and then to pick up his architecture career.

Until now, it was near impossible to open a tasting room in Santa Rosa’s downtown, while its visitors center found that nearly half of visitors were looking for local winetasting opportunities. City council wised up. The code was amended to state that tasting rooms are allowed “by right,” which basically means less red tape, more red wine.

Ancient Oak’s 2009 Siebert Ranch Pinot Noir ($35) has a savory, marjoram aroma, fine tannin and cherry fruit. No doubt, as Melissa says, it’s a great foil with lamb (their estate vineyard is maintained with a resident flock of Corriedales). But the 2010 Russian River Valley, Pagnano Vineyard Zinfandel ($32) is the jewel here, packed with luscious boysenberry fruit. The 2009 Cabernet Sauvignon ($32) hails from an Alexander Valley vineyard developed by the late architect John Carl Warnecke. With chocolate cordial aromas and soft tannins, here’s a Cab to enjoy now. Or decant in one of Corrick’s fine selection of crystal displayed just outside the “no wine beyond this point” sign. Step carefully.