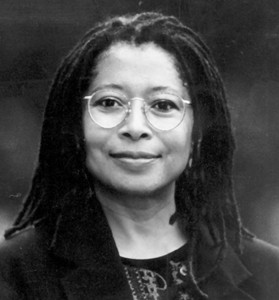 The novelist Alice Walker has led an interesting life. When she was a baby, she raised her church a small fortune by winning beauty contests. Her brother accidentally shot out her eye with a BB gun when she was eight years old. When she had an illegal abortion, the pain of that experience brought her first book of poetry, Once. And of course, Walker won a Pulitzer Prize for her controversial 1982 novel The Color Purple, which was made into a movie by Steven Spielberg.

Twenty-two years later, now comes Walker’s newest novel, Now Is the Time to Open Your Heart (Random House; $24.95), which the author will read from at Sonoma Country Day School on Tuesday, May 4, to benefit the Sonoma County Book Fair.

Sadly, the new novel doesn’t live up to Walker’s reputation. As the New York Times said in its review, if the novel didn’t have Walker’s name attached to it, it’s hard to imagine it would have been published at all.

Walker says the book came to her during a trip to Mexico after a long creative dry spell, but it feels more rooted in her Northern California home in Mendocino–and not in a good way. Now Is the Time to Open Your Heart is a book populated with the kind of California New Age characters the state is known for, and they spend most of the book spouting New Age philosophy reminiscent of Carlos Casteneda’s books of the 1970s.

The main character, Kate Nelson, aka Kate Talkingtree, is a middle-aged, African-Indian-American writer and “to some extent a public figure,” who has been married multiple times and has dabbled in Buddhism as well as some New Age spirituality. Kate is the sort of person who says things like “The moment I stood in front of any one of his paintings . . . my bird nature became activated.”

Kate has been dreaming of dry rivers, so she departs on a spiritual and physical journey to find out what this means. She travels first down the Colorado River and later the Amazon. At the Amazon, she takes hallucino-genic drugs under the supervision of a shaman, throws up repeatedly, wears diapers and has long conversations with the Grandmother spirit, who is the plant-life embodiment of Mother Earth.

Meanwhile, her partner, Yolo–whom Kate leaves because he doesn’t also dream of dried-up rivers or spend his time “wondering, pondering, nagging the question really, What does this mean?”–goes to Hawaii and starts a spiritual journey of his own.

Like many of Walker’s books, the heroine’s journey is supposed to reflect a woman’s triumph in personal authenticity, despite gender and racial boundaries, but much of the book’s philosophy rings hollow. Kate and Yolo say that the “world will be blown to bits . . . before people of color get their fair share,” and yet they live privileged lives in which they dash off to long retreats where other people take care of their every needs.

For a book about personal connection with nature, Kate is oddly disconnected from her surroundings and body. Despite descriptions of plants and rivers, nothing in the book brings either the Grand Canyon or the Amazon to life. Kate never seems to find her spiritual journey difficult or frustrating because she is Wise. We know this because Kate has Wise thoughts such as, “She had an instinctive understanding, perhaps from birth, that people and plants were relatives.”

Kate asks Wise questions, too: “If you see a human being, really see them, how could you kill them?” She is so Wise, in fact, that Grandmother has nothing much to teach her. After a couple of intensive drug trips where Kate soaks up Grandmother’s knowledge, Grandmother is done with her. Now it is Kate’s turn to help other people on the retreat who are not as Wise as she.

All this Wisdom makes Kate a bore. Though she goes on a journey, she doesn’t change. If anything, the journey seems to confirm that she was right about everything she believed in the first place. Yolo, on the other hand, does change from a cocky, sassy black man to a mushy, spiritual character much like Kate. Unfortunately, he loses something in the process.

And that’s exactly what’s wrong with Now Is the Time to Open Your Heart. With the didactic philosophizing, the New Age haziness and the glaring oversights, the story gets lost. It’s too bad Walker didn’t draw more from her own life instead of her politically correct philosophies, because that would have been interesting.

As it is, though, the most exciting point in the book for me is when Kate goes into the Amazon for a swim after deciding “not to worry about piranhas or crocodiles, but to concentrate instead on her inner peacefulness.” For an instant, I found myself hoping that a giant crocodile would jump up and she would have to wrestle with it for dear life.