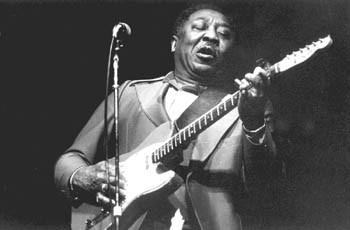 Click here to buy ‘Land Where the Blues Began’ at Amazon.com

He was a modern explorer whose journey into the heart of African-American musical culture has enriched us all. Alan Lomax–the famed folklorist, ethnomusicologist, sound recordist, and record producer–died July 19 of this year at the age of 87. He left behind a vital legacy that has informed and entertained generations of musicians and millions of their fans.

Lomax’s acclaimed 1993 book The Land Where the Blues Began, winner of the National Book Critics Circle award, has just been reprinted by New Press with a companion 28-track CD compilation from Rounder Records, which captures the essence of his extensive work. The disc features highlights from the acclaimed Alan Lomax Collection series (which eventually will include 100 CDs) as well as several previously unreleased tracks. A second companion CD, The Land Where the Blues Began Revisted, is due in a couple of months and will feature additional material culled from a Mississippi public television show videotaped by Lomax in 1981, and from a 1990 segment of the PBS series American Patchwork.

When the book was released nearly a decade ago, The Land Where the Blues Began elicited rave reviews. Kirkus Reviews called it “a singularly well-written odyssey . . . whose sobering humanity and thoughts about an American voice echo [Walt] Whitman.” Mick Jagger hailed the book as “a fresh insight into the strange and cruel origins of the blues.”

Lomax’s odyssey is the stuff of legend, indeed. Armed with an ancient paper-and-acetate tape-recording device obtained from Thomas Edison’s widow, the then 17-year-old Lomax embarked in 1932 with his musicologist father on a trip through the Deep South that would mark the beginning of a lifelong commitment to the rustic folk music of the Mississippi Delta. His frequent field trips often were conducted on behalf of the Library of Congress and Fisk University in conjunction with musicologist John W. Works (an African-American scholar who received almost no credit for introducing these artists to Lomax) and sociologist Lewis Jones.

Boasting an impressive body of work, Lomax ranks along with Folkways Records founder Moses Asch as one of the great patron saints of the folk and blues revival movements.

Lomax also became one of the first song collectors to record the music of black prisoners toiling in the region’s brutal penitentiaries. His 1959 recording of prisoner James Carter, an inmate at the Mississippi State Penitentiary, singing “Po’ Lazarus” found its way onto the hit soundtrack to O Brother, Where Art Thou?

The music that Lomax recorded bristles with the endless energy derived from what he called “the mighty river of the blues [as it] uncoils in the ear of the planet.” On this companion CD, it’s a visceral, primitive sound that can be felt in the stinging slide-guitar solos of Fred McDowell (“Shake ‘Em on Down”) and sensed in the jazzy syncopated drum-and-fife songs of Ed, Lonnie, and G. D. Young (“Jim and John”)–“feelings of anomie and alienation, of orphaning and rootlessness,” Lomax wrote, “the sense of being a commodity rather than a person; the loss of love and of family and of place. . . .”

It’s a lesson worth learning more about.

Or as Memphis Slim, Big Bill Broonzy, and Sonny Boy Williamson sang in the woeful piano blues “Life Is Like That,” included on the companion disc, “If you don’t understand, people I’m sorry for you.”