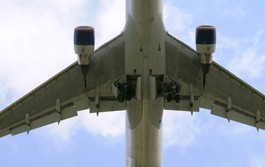 In a recent secret settlement, Sonoma County acquired a dotcom URL for the Charles M. Schulz Airport. Was it worth it?

Missing Details : Seems like an airport hoping to attract visitors from the Pacific Northwest and Las Vegas might be interested in having a domain name that works.

Hoping to eliminate the question entirely, the county of Sonoma filed a lawsuit last year against Nancy Hayssen, the owner of www.sonomacountyairport.com, charging her with trademark infringement and violation of anti-cyber-piracy consumer-protection laws. But in what might have possibly been an easily won copyright-infringement case, the county has instead ended up paying a substantial and confidential settlement to Hayssen for the rights to the domain name, which it will acquire and begin operating in March of 2009. A closer look begs one to wonder why the county’s lawsuit was even filed in the first place.

The story begins in June of 2001, when Hayssen bought the domain www.sonomacountyairport.com “as a Father’s Day gift for my dad,” she told me in April, back when the case was still pending. Hayssen’s father gives flight lessons at the airport, but when he decided to register a domain name reflecting the name of his flight school instead, Hayssen held on to the airport domain name. It wasn’t long, Hayssen says, before then-airport manager David Andrews asked her for the rights to the URL, which she refused to give.

“He said, ‘Oh, no big deal, we’re just gonna buy the dot-org site,'” Hayssen recalls. The two came to an agreement: Hayssen would keep the site, but would put a disclaimer at the bottom of the page that hers was not the official site of the Sonoma County Airport. The county then bought SonomaCountyAirport.org on July 24, 2001, barely a month after Hayssen bought the dotcom name.

The county disputes this conversation. Even so, at this early stage, it might have been possible for the county to acquire Hayssen’s site under the 1999 Anticybersquatting Protection Act, also known as the Truth in Domain Names Act, a landmark law that expanded federal trademark protection to specifically include domain names. But there’s a four-year statute of limitations on trademark law, and when the suit was finally filed at a much later date, in 2007, that limitation had expired.

Also, the Anticybersquatting Protection Act states that in order to successfully bring a claim against a cybersquatter, trademark holders must establish that the domain name is either confusingly similar or defamatorily dilutive to the trademark, and that the domain owner has acted in bad faith to profit from the trademark. Problem number one: the county has never federally registered the trademark. “Sonoma County Airport” is merely a common-law trademark, which, as a state matter, isn’t cognizable in a federal court.

Problem number two: Hayssen’s meeting with former airport manager Andrews. If her account is true and the county allowed Hayssen to build her business for six years, then the county essentially–and, presumably, unknowingly–handed Hayssen a key laches defense on a silver platter. Both Jon Stout, the current airport manager, and David McFadden, deputy county counsel for Sonoma, declined to comment for this story.

In its original 35-page lawsuit, the county demanded to be awarded three times the amount of the advertising profits generated by Hayssen’s dotcom site since its inception in 2001. The fact that the county paid a settlement instead of reaping the amount demanded cannot be viewed as anything but a loss, and might prove an expensive lesson should the county, in the future, attempt consistency in trying to also acquire SonomaCounty.net or SonomaCounty.org, both of which are privately held commercial enterprises.

Are such settlements worth the cost? The county claims that Hayssen’s site is “creating consumer confusion,” and yet it’s hard to see how the two airport sites could cause actual befuddlement for anyone remotely acquainted with the Internet. The county’s site is clearly designated as the “official website,” and its main page displays the official airport logo at the top of its main page, alongside a photo of the airport tower.

Hayssen’s site, on the other hand, features ads for Crave Energy Drink, a multilevel marketing company, and LavaLife.com, an online dating site. Multiple pull-down menus promise information for Sonoma County, Portland, Las Vegas, Los Angeles and Seattle, but only the local tab has concrete information; all others run a generic ad feed from Google. And such content is anything but rich. Under “Shopping,” the only listing is for the Santa Rosa Plaza; under “Things to Do,” the only listing is the River Rock Casino.

Features like these point rather apparently to a commercial endeavor, of which Hayssen has plenty of experience. She owns numerous other domain names, including LookSexyNow.com, 7SlimSecrets.com and 101SexySecrets.com. (Hayssen, a plus-sized model, was once featured on Fox News and The Insider for a semi-nude photo shoot she organized to promote positive body perceptions.) As an Internet marketer, Hayssen runs a number of blogs; in one of them, regarding a web-based contest, she writes, “I am determined to become the next Internet millionaire.”

Hayssen says that in the last year, her airport site experienced a large increase in the amount of web traffic, and her newsletter list had reached 3,000 subscribers. She also maintains that she could have fought to keep the domain name if she’d only had more legal muscle (through most of the proceedings, she represented herself in pro per). Furthermore, she points out that other dotcom airport sites such as LosAngelesAirport.com and SanFranciscoAirport.com–both commercial sites that provide far less useful information than Hayssen’s–have not been threatened with legal action by their respective airport owners.

At press time, a confidential settlement had been approved by the County Board of Supervisors. As per the agreement, in March of 2009, Hayssen will transfer the ownership of the domain to the county, and transfer her current content to a new travel site at www.winecountrytravels.com. After that, she plans to build up the site and eventually sell it, she says, “to someone who has the vision for it.”