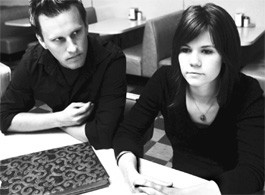 DIY dissolution practices backlog the courts and beg the question: Are you really divorced?

Love the one you’re with: Some 80 percent of California divorces are DIY affairs, meaning that many people are not as divorced as they might think.

North Bay court officials are discovering that the DIY, Home Depot attitude of “I’ll just do it myself and save money” has spread to a number of other areas, including divorce.

“Unfortunately, it gets a little more complicated than installing a door,” says Stephen Bousch, Napa County’s court executive officer. “Doors have to be done right, too, but you have a lot longer-reaching consequences if divorces aren’t done right. Roughly 80 percent of family law matters in this state involve at least one self-represented litigant.”

North Bay court procedures are rapidly evolving to clean up a backlog of permanently pending divorce cases in order to prevent what are known as “accidental bigamists”–people who file the first round of divorce paperwork and think that’s all there is to it, only to discover their error after they’ve remarried in another state or country. Or they attempt to remarry in California, which requires legal proof of divorce before issuing a marriage certificate, and end up scrambling to legally end their old marriage before taking new vows.

Cameras from the Good Morning America television show recently filmed in Marin County, where an 18-month-old pilot program has cleared up a backlog of about a thousand unfinished divorces.

“What we found was that we had lots and lots of cases that were languishing on the shelves that weren’t moving along to a conclusion,” explains Kim Turner, Marin County’s court executive officer. Realizing something needed to be done, Judge Lynn Duryee set up what’s known as the self-representing litigants calendar. Spouses from those stalled divorce cases were contacted. If they had reconciled and wanted to stay married, court officials wished them well and closed the file. Those who still wanted their marriage dissolved or who thought they were already divorced were given a court date to discuss what was necessary to make everything legal. Volunteer attorneys, mediators and court staff were on hand to help with any details that needed clearing up. If possible, a divorce was granted that same day or another court date was scheduled to help the ex-couple get everything finalized.

With the divorce backlog eliminated, Marin officials are determined not to have the same problems again.

“Our new system is wonderful,” Turner enthuses. “We’ve implemented what we call ‘case management.’ We never let these cases go off calendar; we always give them the next date.”

Divorce litigants are told to always attend their court date even if they haven’t done everything needed to move to the next step. During each hearing they’re given guidance and referrals to keep the process on track. “These cases never go completely off calendar and onto the shelf until they’re resolved,” Turner explains.

The program is highly successful and a national model of how to make the court system more accessible and work better for the average individual. In Napa County, Bousch says, a similar program started Jan. 1, aimed at helping self-representing divorce litigants reach their goal.

“The philosophy of courts is changing,” Bousch says. “Because of the cost of accessing justice, it has disenfranchised a portion of the population. The courts have to act to provide access. In every county in this state, you’ll see a family-law facilitator whose role is to help anyone who has custody or visitation matters get access to the courts.”

Napa’s self-representing litigants program is in place for new divorce cases, with detailed information listed online at www.napacourt.com. Bousch is researching what sort of resources will be required to start whittling away at the county’s backlog. Napa County handles about 400 marriage dissolutions each year; for initial paperwork filed in the five-year period between Jan. 1, 2000, and Dec. 31, 2004, about 395 petitions are still stalled in “pending” status. “It’s not just here,” he adds. “This is a national phenomenon.”

The websites for the Marin, Napa and Sonoma County court systems all link to the state’s EZ file system which lets people download all the required divorce paperwork.

In Sonoma County, if a divorce isn’t finalized after five years, notices are sent to the people involved. If they still want a divorce–or think they are already divorced–they’re given a court date to talk about their case with a judge. Numbers aren’t available as to the number of backlogged divorce cases in Sonoma, but the county is considering a more aggressive assistance program, such as those operating successfully in Marin and Napa counties.

“We have lots of people who come in to get remarried and discover they thought they were divorced 10 years ago but they never were,” Rubinoff says. “There’s a lot of misunderstanding about what it takes. The law makes it a lot more difficult to divorce than to get married.”