.Year in a Bottle

Wine, beer and spirits highlights of 2014 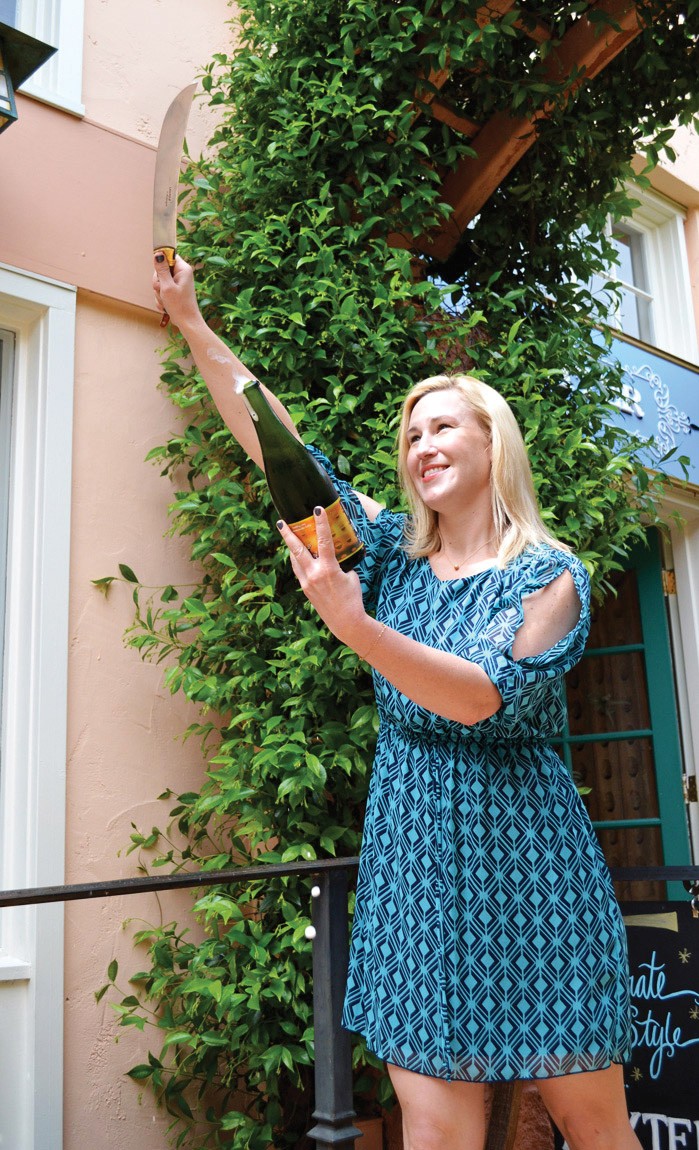 In case you missed it, 2014 was the year that Sweden’s leading wine club named Sonoma and Napa their wine region of the year.

For those in the wine business, the year will be remembered for a harvest that was strangely early. Before they could celebrate, however, nature hit them with the Napa quake. For Swirl, variety was the spice of the year, in varietal wine as well as spirits and alternative drinks being made in the North Bay.

Back in April, we witnessed the most dramatic way to begin a toast, when Sigh Sonoma owner Jayme Powers (pictured) sabered a bottle of Champagne in “Vine Alley.” Cheers to Heitz Cellar, whose commitment to the pale, charming wine Grignolino was called “moral” early this year. A toast to Vince Tofanelli, whose exotically aromatic but table-friendly 2012 Charbono is an island in a sea of Cabernet.

Rhône rangers were on the job. Onesta’s peppery, plum-licorice flavored 2011 Cinsault and Ram’s Gate’s 2012 Ulises Valdez Diablo Vineyard Grenache were notable. We found a “Galician ranger” in Peter Franus, whose cooly aromatic 2013 Napa Valley Albariño had that perfectly salty sensation. At Robert Stemmler, the 2012 Skin Contact Chardonnay is an intriguing step on a less-trod path.

Our favorite Riesling of the year is the hardest to acquire. If you can find the yet-to-be-released Weingut Edelweiss 2013 Carneros Riesling—hints of honey and citrus oil on a featherlight palate—it promises to be nearly as unctuous (I resolve to only use that word once a year) as the 2010. And then J Vineyards popped the cork out of the park with their teasingly rich, lean and snappy Cuvée XB sparkling wine.

Of Booze and Bees

The Taste California Act was good news for Prohibition Spirits, which can now charge for flights of bourbon and rum finished in wine barrels, and for Sebastopol’s Spirit Works, which released a barrel-aged gin. Good news for martini mixers, Hanson organic vodka is made with grapes.

Among local ciders, Tilted Shed’s Graviva! was a standout—and they opened a tasting room in 2014. In Point Reyes, Heidrun Meadery explores the concept of terroir with the help of bees. The rules still won’t allow their 2014 mead to be vintage-dated, but the essence of that year will always be in the bottle.