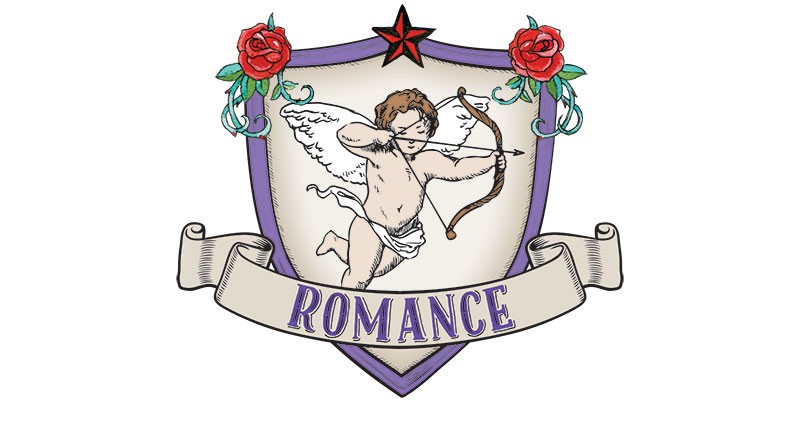 Best Rom–Com with a Local Touch

Days after he graduated from Santa Rosa High School, Hus Miller hit the road. He traveled for years before landing in Los Angeles, where he developed a passion for filmmaking while working as a commercial actor. When he and his wife had their first child, they relocated back to Santa Rosa. He continues to work in the film industry and wrote, produced and stars in the new Sonoma County–based romantic comedy You Can’t Say No.

In the film, Miller and co-star Marguerite Moreau play a couple on the brink of divorce, who revive their passion through a game with only one rule: no matter what they ask each other to do, they can’t say no.

Though the film is not autobiographical, the concept came to Miller while he and his worked through dealt with a rough patch. “The inspiration came out of thinking, what does it take to re-energize a marriage?”

In the film, which screens on Friday, March 23, at the Sonoma International Film Festival, Miller and Moreau’s game takes them on several adventures, from pillow fights to drug trips, that force both characters out of their routines. “You might have a great time, you might end up in a really awkward situation, but the point is you did it together, and that’s really what this movie is about.”

You Can’t Say No deals with emotional issues but is lighthearted, thanks to a supporting cast that includes Peter Fonda as Miller’s winemaking, weed-smoking, kimono-wearing father.

Shot in 2016, the film also features several picturesque Sonoma County locations, from the coastline near Bodega Bay to an expansive Sonoma Valley winery, that serve as a poignant reminder of the region’s natural beauty in the wake of October’s wildfires.

“So much of what you can see in the film was affected,” says Miller, who lives near Annadel State Park and was evacuated during the fires. “The fact that this movie was filmed in Santa Rosa is such a big deal for me, personally, for that reason.”
—C.S.

I was a huge fan of the game show Family Feud growing up, so I feel pretty confident in saying that if you surveyed a hundred people and asked them to name the most popular romantic keywords, the top two answers on the board would be “France” and “Chocolate.” For lovebirds in the North Bay, the Napa Valley Museum in Yountville is highlighting both in two very romantic exhibits. Making its world premiere in the Napa Valley Museum’s main gallery, “France Is a Feast: The Photographic Journey of Paul and Julia Child” explores the French countryside and its effect on famous chef, cookbook author and television celebrity Julia Child through rarely seen black-and-white photographs taken by her husband Paul Child between 1948 and 1954. Inspired by the new book of the same name, this art show also features an audio tour to accompany the viewing. But this isn’t any audio tour, as the voice of Julia Child herself leads visitors through the photos, while interviews with chefs Jacques Pépin, Thomas Keller, Cindy Pawlcyn and Julia and Jacques Cooking at Home television producer Susie Heller deepen the experience. “France Is a Feast” has recently extended its run, now on display though May 20, but
the Napa Valley Museum’s spotlight gallery is losing its own deliciously intimate exhibit, “The Art of Chocolate,” at the end of this month, meaning visitors who want to indulge their sweet side should head to the museum soon. Inspired by “France Is a Feast,” and opened in February, “The Art of Chocolate” sees several Napa-based chocolatiers, including Woodhouse Chocolates, Earth & Sky, chefs from CIA at Copia and others, exhibiting artful and edible works of chocolate. The beauty of this show is that you can take the art with you, as boxed chocolates are available for sale from these artisan culinary crafters, who are donating a portion of chocolate sales to support the Napa Valley Museum’s arts and education programs. Take the romance up a notch with an art-filled date night on Friday, March 30, as “France Is a Feast” inspires nearby Hurley’s Restaurant, a casual California-meets-Mediterranean eatery, to offer a traditional French three-course dinner to pair with a special tour of the museum’s exhibits. napavalleymuseum.org.—C.S.

Best Ticket Out
of the Doghouse

You did it again. You did that thing you promised, promised, you’d never do again. And now, you wretch, you’re in the doghouse. But you may find redemption yet. There is a well-worn path from the doghouse to the flower shop. But don’t think some red Colombian roses and weak-ass baby’s breath are going to cut it. A cellophane-wrapped Safeway bouquet doesn’t say, “I’m sorry.” It says, “What? At least they were on sale.” Flowers can still do the trick, but you’ve got to choose the right ones. Sebastopol’s California Sister Floral Design & Supply can help. The bright and airy rolltop space radiates love and beauty with all those cool succulents, pretty flower arrangements and artwork. And it’s to your own land of love and beauty you wish to return, so you’ve come to the right place. What sets the shop apart are the locally sourced art and flowers. That means fresher flowers, a more eclectic assortment (tuber roses!) and more dollars for local growers. Yes, you’ll pay more for your dahlias and delphiniums, but isn’t she/he worth it? Sadly, there are no refunds if your efforts to exit the doghouse aren’t a success. Blame
your selfish ways, not the flowers.
6790 McKinley St., Sebastopol. 707.827.8090. californiasister.com.—S.H.

Best Place to Contemplate the Beauty of the World and Your Beloved, and Then Retire to the Cocktail Lounge

As a kid, every time mention of Timber Cove Resort came up, my dad would start to tell a story about a trip he and my stepmom took there during their courtship, only to have her quickly admonish him to say no more of what I took to be something lascivious, possibly out of doors. (Trust me, I really don’t want to know). But I’d always been curious about the place, and so when I went for a press visit last year after an extensive remodel, I could see why the ocean-front lodge cast such a spell over them. I mean, come on—the stunning views of the rock-strewn coastline and infinite, brooding ocean are enough to inspire odes to Neptune and Aphrodite. Add wonderfully plush rooms (some with deep soaking tubs) outfitted with turntables stocked with a library of vintage vinyl, a cocktail lounge warmed by a gaping fireplace, a seafood-centric restaurant that serves as an outpost for hard-to-procure Hirsch Vineyards Pinot Noir, an “outdoor living room” equipped with ping pong, foosball and a pool, and two miles of hiking trails, it was easy to see why a stay at Timber Cove inspires memories you may want to keep secret. I’ll say no more. 21780 Hwy. 1, Jenner. 707.847.3231. timbercoveresort.com.—S.H.