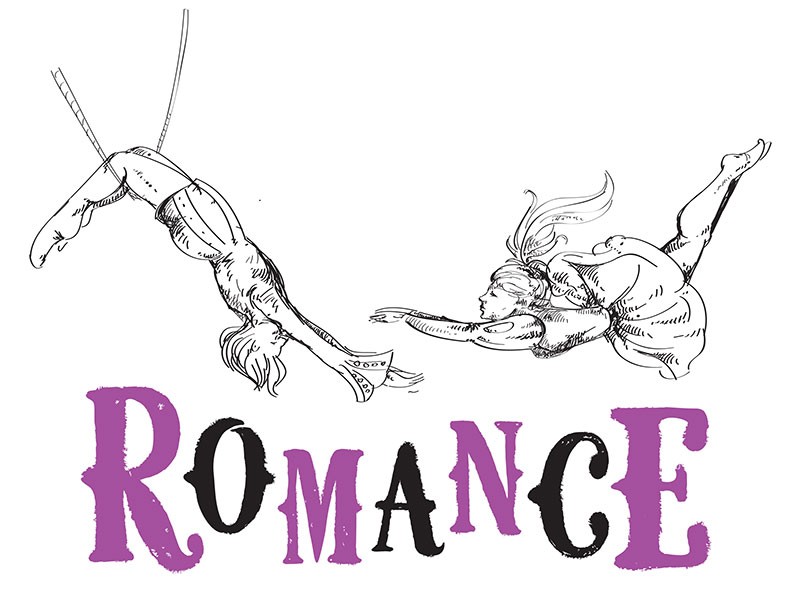 It began over nine years ago during the 2008 presidential campaign. Petaluma musicians Sandy and Richard Riccardi, inspired by their candidate, tossed off a little ditty called “Soccer Mama for Obama,” videotaped Sandy singing it as Richard accompanied on piano, and uploaded it to YouTube. It was an instant hit.

Since then, the married couple have written and recorded dozens of humorous songs, following the same trajectory as “Soccer Mama,” using the inter-webs to spread their voices, their wicked sense of humor and their gleefully progressive values. To date, “Soccer Mama” has received more than a million-and-a-half views. Other hits include “Menopause,” a parody of the song “Meadowlark,” from The Baker’s Wife; “My Stickman Family,” a tribute to the complicated familial structures of modern parenting and twisty ex-spousal arrangements; “Unfriend Me,” a saucy exploration of Facebook relationships; “I Want a Gay Son,” and many more.

Along the way, they’ve developed a popular cabaret act, with a show and accompanying CD titled Tastefully Raunchy. They’ve performed that show from California to New York City, and the CD—crammed with comedic, political and socially lampooning tunes—continues to sell well. The Riccardis recently recorded a new live album, and will be releasing it sometime in the near future. On April 4, they will be performing (along with many others) at Sonoma Portworks in Petaluma, as part of a fundraiser to support redistricting efforts. Called “Standing Against Gerrymandering,” the event will feature an array of local musicians and performers. No doubt, the Riccardis will come up with a song that fits the theme, and is at least a little bit raunchy. Tastefully, of course. partyriccardi.com.—D.T.

Best Way to
Say ‘I Love You’ with Laughter

You’ve seen them in Sonoma, you’ve wowed at their quick wits and hilarious antics, you’ve demanded more, and now you’ve got it. The funny-bone-breaking folks behind the breakout Sonoma Laughfest are spreading their silly, endearing comedy throughout the county with their Sonoma Laughnights series, wrapping this weekend in Guerneville and Petaluma. Date night has never been so sidesplitting, as Sonoma Laughnights brings together a slew of talented performers for intimate and playfully irreverent shows. Los Angeles comedy band and YouTube sensations Erin & MeLissa will be performing a set of never-before-seen-in–Sonoma-County songs peppered with a couple of audience favorites. Also performing is Dope Town 3000, another much-beloved Los Angeles comedy rap group, featuring Healdsburg native Zora Bikangaga. Both of these groups were audience favorites at last year’s Sonoma Laughfest, and they’re back to keep the good times rolling. Looking ahead, Sonoma Laughfest is set to wildly expand its offerings this fall when the festival returns for a third year in October. Meanwhile, Sonoma Laughfest is taking the show on the road. Look for it on Saturday, March 25, at Pat’s Bar in Guerneville and again on Sunday, March 26, at the Big Easy in Petaluma. sonomalaughfest.com.—C.S.

Champagne and oysters may seem like a cliché, but at the year-old Shuckery, the combo feels sexy and new. The seafood-centric restaurant, opened by the excellent Oysters Girls catering company, is situated in Hotel Petaluma, a sexy place in its own right. The atmosphere is intimate but welcoming. The drinks menu offers a rotating list of craft brews on tap and half a dozen sparkling wines. But it’s the seafood that shines brightest. From the freshly shucked miyagi oysters to the buttery mussels with grilled baguette, everything is shareable and almost impossible to finish on your own. Come here for a special night out or for a casual evening, and walk out significantly in love—with your partner or the stuffed squid. 100 Washington St., Petaluma. 707.981.7891.—F.T.

Best Place to Hide Your Love Away

Hey! You don’t have to hide your love away in the North Bay, but if you’re looking for a more secluded spot to show your feeling for your significant other, there are few better local getaways than Hideaway Cottages in Calistoga. Set among shady trees and surrounded by two acres of lush gardens, the collection of cozy cottages feels a world away from the hustle of the Bay Area, yet it’s minutes away from the best shops and restaurants in the northern Napa Valley. Built between the 1920s and ’40s, the bungalows scattered throughout the property are each uniquely designed to fit your style. Some cottages have a full living room and kitchen for those looking to make a stay of it. Some offer attached decks with mountain views for those who enjoy a nice sunset or sunrise with their romantic getaway. All the rooms come with access to the mineral water pool and hot tub, where you can rejuvenate in Calistoga’s famed geothermal waters. The ambiance at Hideaway is one of complete serenity; they don’t even have telephones in the rooms. The quiet and private environment lets couples young and old kindle or rekindle their romance at their own pace. In addition to Hideway’s charm, the sister property is home to Dr. Wilkinson’s Hot Springs Resort, an institution in Calistoga since it was founded in 1952 by San Francisco chiropractor and health enthusiast Dr. John Wilkinson. A man obsessed with Calistoga’s abundance of natural minerals, Wilkinson developed a secret-recipe mud bath made of volcanic ash from Mount St. Helens and the mineral water from local geysers that’s still a closely guarded secret. Once you’ve sat in mud and fallen in love, Calistoga’s historic main street is a mere two blocks from Hideaway Cottages, where shopping and restaurants await to further indulge you. 1412 Fair Way, Calistoga. 707.942.4108.—C.S.