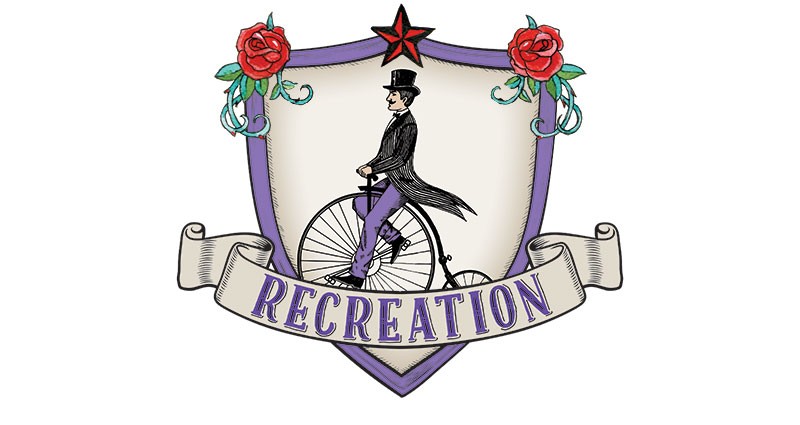 Along with 8,900 structures and 245,000 acres of wildlands, last year’s wildfires burned miles of hiking and biking trails. While rebuilding lives and homes is the priority for fire survivors, trail restoration is critical work too, says Debbie Bloomquist, the new chairperson of the Redwood Empire Mountain Bike Alliance (REMBA).

She points to research that shows getting out on a trail for some R&R helps beat the stress, anxiety and depression that can follow living through a natural disaster like a fire. “People need trails now more than ever,” she says.

Bloomquist knows about recovering from a fire. She lost her home in the Valley fire two years ago in Lake County. That experience informs her work at REMBA, where the group has partnered with Sonoma County Trails Council, California State Parks, REI, the Trail House and the mountain bike industry to begin sorely needed trail restoration work in Sonoma, Lake and Napa counties. On March 24 at Trione-Annadel State Park, REMBA is planning trail-restoration work on the popular Marsh Trail, its first work party on the trail since the fires.

The group is also working with the trails council, REI and Jack London State Historic Park to repair fire-damaged trails at the park. Meanwhile, REMBA is in talks with State Parks to identify other projects, a process that Bloomquist says can be slow. Thanks to the donation of two mountain bikes donated by Santa Cruz Bicycles (one painted the color of a Cal Fire helicopter, and the other, Cal Fire engine-red), the group raised $62,000 for trail work and is looking for projects to spend it on.

If there’s a silver lining to the fires, says Bloomquist, it’s the outpouring of volunteers. “We have been maxing out on volunteers on trail work days,” she says. mountainbikealliance.org.—S.H.

Biking and beer. Biking and wine. What an ingenious idea. Those who love the outdoors get the best of both worlds with Getaway Adventures‘ Sip ‘n Cycle and Pints ‘n Pedals tours. The rides are the most popular outings Getaway Adventures offers. Each group gets a tour guide, but don’t think that means a set schedule is followed. Guides share what they like and don’t always hit the same destinations. An open mind (and palate) is essential. You are free to suggest destinations, too. But remember to sip, as the tours around the Napa and Sonoma valleys include four stops. If biking isn’t your strong suit, Getaway Adventures also offers hiking, kayaking and
ziplining outings. Thankfully, booze is not included on those. getawayadventures.com.—S.S.

Sometimes I need to unwind a little bit before a hectic day, or maybe I just need a little exercise. Problem is, I take public transportation and the regular hiking trails are too far away to be practical for me to use. Fortunately, I can always take the Santa Rosa Creek Trail, which isn’t far from where I live and has some great views of the creek it follows on the way to downtown Santa Rosa. The trail starts at Willowside Road and extends to the Memorial Greenway in Santa Rosa. It’s not a very long trail, but very well placed, cutting through several groups of homes and coming out right near the Santa Rosa Plaza. On dry days, I’ll take my bike down the trail, enjoying the view of the creek as I slowly pedal, and spotting the occasional heron on the creekside.—A.R.

Intrigued by an aside about one of the North Bay’s lesser-known backroad mystery spots, buried within a turn-by-turn description of a bicycle ride, I went in search of the troll of Cavedale. According to an account written “many years ago” by Santa Rosa Cycling Club member Bill Oetinger as part of the club’s “Ten Great Rides” series that details some of the best cycling routes in Sonoma and Napa Counties, midway along the initial climb up Cavedale Road the eponymous cave itself appears, cut out of rock for unknown purposes many decades ago. “During the Christmas season, small presents are sometimes seen at the mouth of the cave,” Oetinger writes, “left as offerings for the troll who lives within.”

Sure enough, on my first trip up the steep, narrow, winding road, I see flowers decorating the entrance to a gloomy, almost too-perfect little cave. Around the holidays this past year, amid a changed landscape, a Christmas stocking appeared, along with a sign that said, “Cavedale strong.” But the legendary Cavedale troll? Even longtime Sonoma Valley winemakers who know the road well could not shed light on that.

I only had to remember to bring my bike headlight on a daytime ride to explore further. The cave looks shallow from the road, but takes a turn north; then, a branch turns south again into the gloom, where, turning my headlamp around the corner, I suddenly find myself face to face with . . . the end of the cave. Seriously, it’s like 12 feet long. But the rest of the ride is an adventure, to be sure—just practice mutual respect on the road, as this is an area where many properties are still being cleaned up and rebuilt after the fires, and nobody has to act like a troll. Cavedale Road, Sonoma.—J.K.