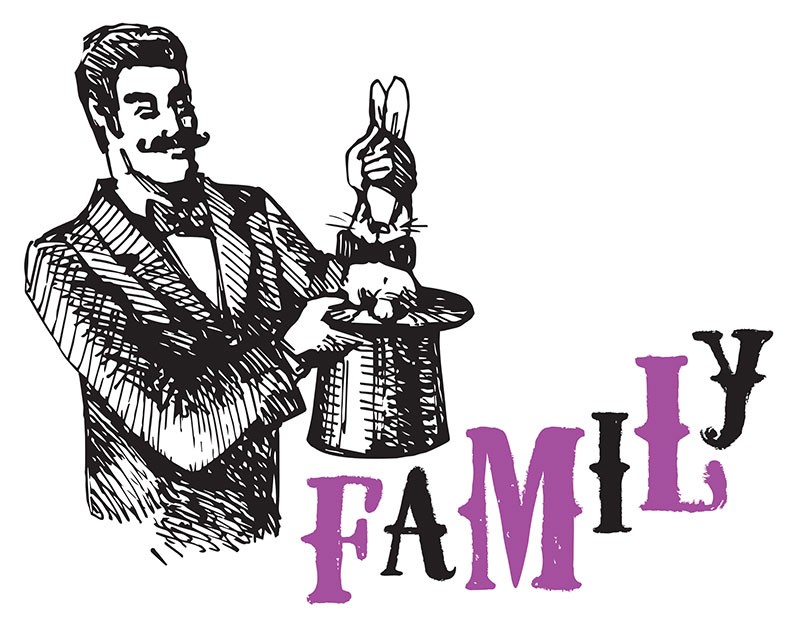 It’s a toss up (that’s a juggling joke, folks!), an even split between three first-rate Sonoma County–based clowns, two associated with a vey famous circus, the other connected to an equally famous fast-food chain (and, no, we don’t mean the one with the clown named Jack).

First up is Reed Martin of Sonoma, a longtime performer and show-creator for the Reduced Shakespeare Company. Prior to his decades-long stint with the aforementioned comedy troupe (known for taking very big things—Shakespeare’s canon, the Bible, the history of America—and turning them into very funny shows), Martin was a hard-working clown with the Ringling Brothers-Barnum & Bailey Circus. Now that that American institution has announced its impending closure, he’s expressed a strong sense of sadness at the news. “I guess I always thought the Ringling Brothers Circus would never die,” he says. “It’s always been ‘death, taxes and Ringling,’ you know?”

Believe it or not, Martin is not the only Sonoma County veteran of the Ringling Bros. Circus. Second up is LaRena Iocco, a Sonoma County native and graduate of SSU and SRJC, who learned the art of clowning at San Francisco’s Circus Center and did a stint with “the Greatest Show on Earth.” She also founded the Naked Clown Calendar—a fundraising effort that is every bit as funny, silly and sexy as it sounds—and is now clowning around with the Awaji Art Circus in Japan.

Third up is winemaker Squire Fridell, co-owner and operator of GlenLyon Vineyards in Glen Ellen. Before settling down to his current existence as benevolent wine baron, he established himself as a dependably exuberant star of television commercials, appearing in more than 3,000 ads. And for six years, he appeared in perhaps his most famous series of television commercials, thwarting greedy Hamburglers and purple Grimaces as the world’s best-known, fast-food clown. Yep. Squire Fridell was Ronald McDonald. But his wines are delicious.—D.T.

Cirque de Bohème, founded by French circus performer Michel Michelis, has been putting up its colorful tent each November at Cornerstone Gardens in Sonoma for the last few years. Recruiting performers from around the Bay Area and beyond, Cirque de Bohème creates a differently themed show for the holiday season. Trapeze artists, jugglers, clowns, contortionists and more dazzle local thrill-seekers with acts that are part musical theater, part Cirque du Soleil and part eerie dream world—and wholly original and entertaining. Inspired by the “nouveau circus” troupes of 1920s Paris, the shows have a storyline, of sorts, merging the various acts together. Often, that storyline involves Michelis himself, as a mysterious master of ceremonies or tour-guide, often called simply “the Bohemian.” Cool name. Michelis’ grandfather was an original founder of the Cirque de Bohème, over a hundred years ago. A veteran of WWI, Gabriel Michelis and a circus-loving friend named Armand first introduced their own brightly colored tent to the streets of Montmartre. Then came WWII, when the Nazi occupation of France turned the tent into a kind of underground safe haven for the resistance movement and meeting place for American servicemen after the liberation of France—Cirque de Bohème was known as a place of magic and beauty and happy (if momentary) dreams. A century later, thanks to Michelis, and his grandfather’s legacy, those dreams continue in Sonoma County. cirquedeboheme.com.—D.T.

If you live in Sonoma County, and you’re one of those folks who get all tingly for taxidermy, then you are in luck, because there is no better place to see large, dead, stuffed animals than in the city of Petaluma. In a single day, you could visit Petaluma High School’s very cool Wildlife Museum (pictured; petalumawildlifemuseum.org), where you can witness the stiff, steely spectacle of dozens of stuffed lions, bears, leopards, wolves, rabbits and baboons—a few of which are frozen in the act of eating each other. It’s awesome. You might even take a moment to peer into one of the many terrariums rife with snakes, lizards and other live reptiles. All done? Then take a walk downtown to say hello to Rex the Wonder Bear, a certified Petaluma landmark. Rex is a large, rather imposing polar bear, permanently posed in the window of Tomasini’s Rex Ace Hardware & Country Store (313 B St.), where, over the years, he’s dazzled and surprised generations of children and unsuspecting passersby. Need a drink now? Then go have a stiff one at the wildly atmospheric Andresen’s Bar (19 Western Ave.), where a vast number of taxidermy heads hang on the walls of the historic watering hole—along with the guns, crossbows and other weapons that (presumably) actually killed them.—D.T.

For those who prefer their wild animals to be walking and talking (or squawking), Safari West wildlife preserve in Santa Rosa has a vast, Animal Planet–sized array of critters, many roaming about on the multi-acre sanctuary. There are gentle vegetarian creatures (zebras, giraffes, bongos, elands, bonteboks); dangerous creatures who eat other creatures (hyenas, cheetahs, servals, caracals, fennec foxes); and even some dangerous vegetarians (Cape buffalo, rhinos, Watusi cattle, wildebeests). You can also find monkeys and lemurs, ostriches and flamingos, porcupines and crested screamers (that last one is a bird). Since many of the residents are not readily accessible, visitors board a jeep and go on a drive-by photo safari, rumbling past the buffalo wallowing in mud, or perhaps driving behind a herd of scampering zebras. Be warned, though—zebras are extremely gassy. No, really. Ask the tour-guide. It’s something about their digestive systems being designed to unload extra weight in case they suddenly need to run from a predator. Or, you know, a jeep. safariwest.com.—D.T.

Sonoma County beaches are far from kid-friendly. Powerful surf, wicked currents and cold water do not make for a family day the beach, at least if you want your kids to get wet and splash about. The risk of drowning, even on calm days, is no joke. But that doesn’t mean you have to stay away from the ocean if you’re looking to bring the kids to the beach. The water at Doran Park State Beach can look gentle, but even on small days the waves break hard on shallow water. But if you continue to the tip of the beach where it starts to bend to the east and butts up against the jetty at the harbor entrance, you’ll find the calmest beach in Sonoma County. Because the beach is tucked into a corner and faces east and away from the ocean, it’s protected from all but the biggest swells. Come summer, it’s lake-like. While you still can’t take your eyes off your kids when they’re in the water, the parental fear factor ratchets down a few notches. As a bonus, because it’s relatively shallow and calm, it’s a few degrees warmer than other nearby beaches. On warm days, make sure you get there early, because the parking lots do fill up. 201 Doran Beach Road, Bodega Bay. 707.875.3540.—S.H.