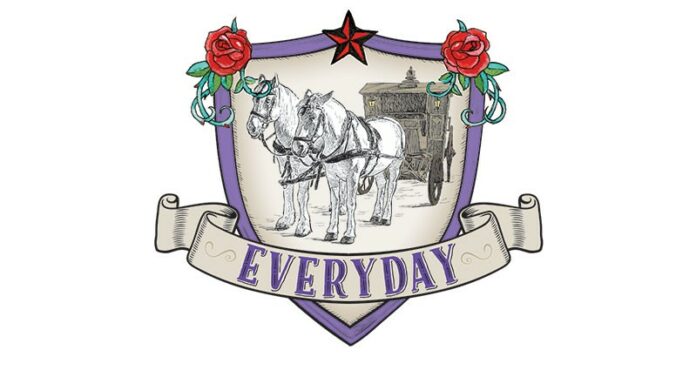 Best ‘Above & Beyond’ Real Estate Agent

HomeLight real estate agent Karen Maxwell nearly lost her home to the fire, located a stone’s throw from Coffey Park. “It was pretty much lapping at my backyard.”

At the time of the fires, Maxwell had numerous clients in Sonoma County who either lost their homes or were trying to sell them. One client in Coffey Park was in escrow on another property when his house burned. “The devastation cost me two escrows and any earnings that would have gone along with that,” she says. “But in comparison with what everyone else has lost . . .”

Just four days after the flames were extinguished, she had heard from four families who lost their homes and set out to do the seemingly impossible: “I had a magnified sense of focus and determination to put four families in four homes in four weeks,” she says.

Maxwell, who has lived in Santa Rosa since 1999 and raised her kids here, says buying homes is a “very socially oriented business,” where agents often come to know their clients as friends. Buying a home is a very big deal—losing your home and everything in it to a fire is a horribly big deal.

Maxwell was concerned and awed at the way clients who had lost everything managed to keep going. “Would I be able to put one foot in front of the other like they have?”

She was evacuated from her home and wound up working in her car as she tried, and ultimately succeeded, in getting those four families re-housed in four weeks. Three of the families bought new houses in Santa Rosa, and she found a home in Windsor for the fourth.

“That was a record for me,” says Maxwell. It’s a record that earns her accolades as one of the area’s best real estate agents..—T.G.

In November, after nearly 13 years as Sebastopol Police Chief and 25 years in the department, Jeff Weaver retired. Living a life of service, the former chief exemplified what a public servant should do, and his presence will be missed by the city and by fellow officers. Proof of his devotion: Weaver said he wants “Police Officer” as his gravestone epitaph. How many chiefs of police would take the time to write a thank-you note to an eight-year-old girl for turning in a necklace she found at the park? Chief Weaver did. Weaver joined the Sebastopol Police in 1989 as a patrol officer after working at the Santa Rosa Junior College and for Santa Rosa. While serving in the SPD, he taught at the SRJC’s Public Safety Training Center, something he plans to continue in his retirement. Weaver is succeeded by Capt. James Conner, who has been groomed for the last several years to take on the position. Big shoes to fill.—A.R. & S.H.

Best Help for the Undocumented
After the Fires

After a season of firestorms, it doesn’t help to introduce two authors at a local bookstore as “towering intellectuals.” After all, when disaster strikes, it’s not the mind that matters but the heart. Still, that’s how Rebecca Solnit and Peter Coyote were introduced at Copperfield’s Books in Petaluma in November. Both seemed uncomfortable with the label. The standing room-only crowd had come to a fundraiser for undocumented fire survivors who were afraid to ask FEMA for help, lest they be deported. Christy Lubin from UndocuFund said she and her colleague realized, in the early days of the fire, that “we can be like FEMA.” Solnit, the author of A Paradise Built in Hell, and raised in Novato, told the audience that “disasters begin suddenly and never really end.” Coyote, actor and one of the founders of the Diggers and the San Francisco Mime Troupe, said, “I want to hear your stories,” though he told a few of his own. A meeting of Solnit, the feminist, and Coyote, the tough guy, might have led to a culture clash, but they were kind to each other. “The Diggers were a disaster-relief project,” Solnit noted insightfully. Indeed, Coyote and the Diggers rescued hundreds of kids who descended on the Haight-Ashbury in the late 1960s. Coyote gave much of the evening over to Solnit, an unabashed expert on disaster. After an hour, the audience took over the event. Lynn Woolsey, the former North Bay Congresswoman, extoled a cat and a family that survived the firestorms. David Keller, a Petaluman who belongs to Friends of the Eel River, scolded local politicians who were “ducking for cover” on crucial issues like rebuilding Santa Rosa. Then it was time for Coyote to sign his memoir, The Rainman’s Third Cure, and for Solnit to sign her collection of essays, Men Explain Things to Me. Later, Christy Lubin
said that her organization had raised $6.2 million for the undocumented and wrote 1,186 checks to help local families. Hey, who needs FEMA when there’s UdocuFund?—J.R.

As a recovering food critic, going out to eat on my own dime is hard. I don’t like to spend my money on mediocre food, so more often than not I stay home and cook. If the food is no good, it’s my own fault. But when the refrigerator is empty or I’m too tuckered to cook, we load up the minivan and head to Handline. Out in my West County neighborhood, the pickins are slim for affordable but good fare that’s suitable for a quick midweek meal. The coastal California–inspired restaurant serves something to please everyone in my family: fish and fries (and Straus soft-serve ice cream) for my daughter; bean tostada (and soft-serve) for my son, the smoked trout and beet salad (and wine) for my wife; and the outstanding tacos al pastor (plus beer) for me. In warm weather, the outdoor patio and ping pong tables are a plus, too. While the prices aren’t quite at the fast food level, the service is quick and the vibes chill and welcoming. I can’t afford to eat here all the time, though it’s still my go-to spot for reasonably priced food made with top tier ingredients. So why isn’t this in the Food & Drink section? Well, this is some of the best everyday food in the county. You could spend less to eat at the Golden Arches, but then you’d have to eat the food and live with the remorseful feeling that you get what you pay for. 935 Gravenstein Hwy. S. 707.827.3744. handline.com.—S.H.

That would be Friday, because it’s concert T-shirt day! I love Mac’s, the downtown Santa Rosa diner with the world-class patty melt, and always enjoy an easygoing lunch outing with the latest copy of the Bohemian in arm. Not long ago, I strolled in on a Wednesday, wearing a vintage
Led Zeppelin concert T-shirt, a reprint from their 1977 tour. The waitresses dropped numerous compliments about the shirt, as they indicated that it was, however, sort of the wrong day at Mac’s for the cool concert T-shirt, without elaborating. I was confused and perhaps a little dazed after the lunchtime meat whalloping and didn’t think much of it. A couple days later, I popped back in with a pal, and wouldn’t you know it—Friday is concert T-shirt day at Mac’s, and the whole staff was tricked out in rock regalia, including one waitress in a Rolling Stones concert T that was flat-out lip-licking in its culinary implications. My tongue wagged once again at the menu placed before me, where one can indeed order tongue. Hmmm. I think today I’ll try . . . the patty melt. 630 Fourth St, Santa Rosa. 707.545.3785.—T.G.

The needs of fire survivors are as critical as they are numerous. In response, San Francisco–based Recovers.org hosts an easy-to-use website and software framework at sonomacounty.recovers.org that offers fire victims a place where they can post what they need—things like a place to stay, medical products, childcare, medical assistance and language translation. Those wishing to donate to those in need can spell out the specific goods or services they’re able to give. This greatly minimizes the chaos and ineffectiveness that many service stations experience when they are bombarded with unlabeled, unorganized donations. Disaster victims then have to root through the mountains of supplies. The no-frills site is used by residents in Sonoma, Napa, Lake and Mendocino counties. There is another, very
similarly named effort run by Santa Rosa and Sonoma Counties at sonomacountyrecovers.org that helps victims with housing, financial assistance, debris removal, services, products, mental-health services and a lot more. Both sites offer a testament to the eagerness of the North Bay to help those in need.—A.M.

Precision, creativity and skill are all key to tattooing, similar to many art forms. So it’s common for tattoo artists to have started out in other realms of art. Donavan Kinyon, owner of Napa’s Golden Owl Tattoo & Gallery, can vouch for this. He refers to himself and his fellow tattoo artist, Kristina McDonald, as fine artists before anything else. Golden Owl isn’t your average tattoo shop—the artists are open to any tattoo ideas, and they also make and sell other forms of art. As you’re waiting to get inked, peruse the gallery’s well-curated selection of paintings, sculptures and even taxidermy.
3369 Old California Way, Napa. 707.266.2454. goldenowltattoo.com.—S.S.

At long last, it’s the arrival of the SMART train! No, wait a minute—did they actually start running the Sonoma-Marin Area Rail Transit cars last year? Hard to believe it, but, yes, after ponderously long delays and despite a steady chorus of anti-SMART posturing by those who despise tax-hiking public works projects—it is time to face the unmitigated fact that it is super-cool to have a bona fide light rail system in place that could actually serve to reduce car traffic on Sonoma County roads, which are already a decrepit mess and getting worse with all the post-fire rebuilding going on this spring. “It’s faster than I thought it was going to be,” says one satisfied customer of the deep-green and sleek train. “The views, the views,” he added, sighing wistfully at the memory. “And some people buy beer.”—T.G.