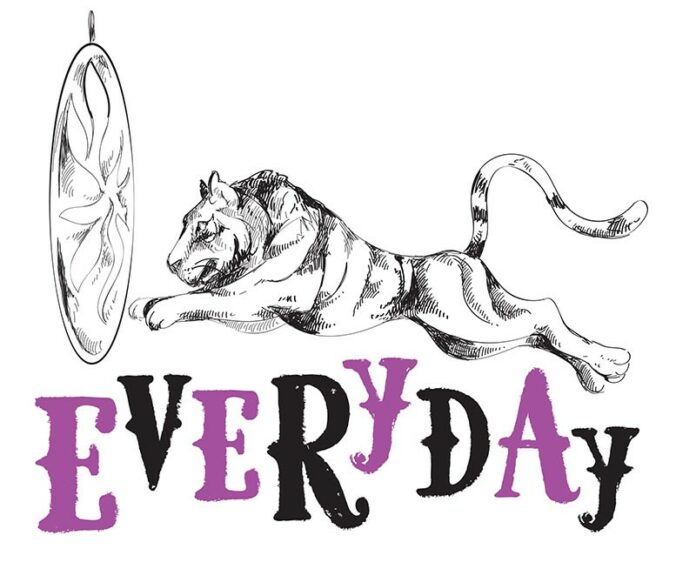 Have you seen the amazing, appearing staff at Western Farm Center? The level of staffing at this family-owned pet and feed store simply must be seen to be believed.

Drive—right up to the parking lot, tucked just a block off the railroad tracks in between rustic old warehouses, and see staff members appear before your very eyes, lugging hay for equestrian enthusiasts and carting bags of kibble for canine custodians. Walk—right into the store, and be greeted by yet more staff members with nothing better to do than help you with something! Wait—for not much time at all, before a cashier beckons you to the counter to ring up your sundry items. All this in the time it would take to walk from one end of a big-box chain store to the other and back again, searching for an employee.

By what magic are these persons called forth in such number, in the age of the understaffed megastore, staff and customer alike at heel to powerful forces of global capital? It’s just good old customer service, says Western Farm Center’s Trevor Frampton. He and his wife, Maria, are only the second co-owners of the store after her father, Lou Bertolini, and his brother Larry passed on two years ago. “It was something they instituted a long time ago,” Frampton says of the customer-service ethos. “And that’s what we continue today.”

It does help that the store owns the block-wide property on which it was founded in 1967, and they’ve made a few technological upgrades—until quite recently, clerks hand-wrote receipts; now they’ve got scanning guns and a rewards card, to boot. But even more important is that there are actual people there to answer questions about the myriad animal-care products they offer, which cover much more than dogs and cats (don’t forget adorable peeping chicks and ducklings).

Best Place to Strum ‘Stairway to Heaven’ on Your Lunch Break

A couple of years after the move up Fourth Street, Stanroy Music Center is still the king of the hill when it comes to purchasing or repairing your instrument—or for getting lessons on how to play Katy Perry songs on a mandolin. The customer service here is aces-up, and go ahead and thrum that bongo on your lunch break looking at the fun Orange Amps and racks of brass and stringed instruments. Yes, the Guitar Center is going to field an orgy of choices and deals that places like Stanroy often can’t compete with, but we love them anyway. There’s a well-curated selection of high-quality instruments for every budget and musical persuasion—and regular sales, too. 850 Fourth St., Santa Rosa. 707.545.4827.—T.G.

It’s starting to feel like every day we wake up in this Trump era is a roll of the dice. The billionaire prez and his gaggle of swampy cronies have been throwing up roadblocks for everything from immigration to insurance, and now it looks like it’s “game over” for anyone looking to get their hands on arts, social services and healthcare. While lots of North Bay folks are wringing hands and sweating the details, San Rafael lawyer David Pullman is crafting a creative way to get your angst out with the help of his old-school board game Basket of Deplorables. Laid out a lot like Milton Bradley’s classic Game of Life, Pullman’s game lets you play as Bernie Sanders, Hillary Clinton, Elizabeth Warren or Barack Obama. Your figure navigates a trivia-laced trek through a campaign trail set in 2020 as you try to overcome Trump’s “reign of error.” Along the way, players encounter cardboard cutouts of Steve Bannon, Betsy DeVos, Vladimir Putin and other Trump associates, and attempt to collect them in the basket they belong in. Pullman, a San Rafael defense attorney who works primarily in criminal marijuana cases, is still in the manufacturing stages of the game, though he’s been testing it locally and is already seeing its therapeutic results. Pullman is hosting a Kickstarter campaign to mass-produce the board game, and he’s looking for a September release. Pullman also notes that
10 percent of profits go to organizations fighting Trump. Right now, Kickstarter campaign backers can print-and-play at home. Just don’t be surprised if the game tears your family apart like a high-stakes session of Monopoly. basketofdeplorables.games.

Best Signs of the Times

As so-called President Trump continues to inflict his unique combination of ignorance and arrogance on the country, the popular vote loser is inspiring new and entertaining forms of resistance, like Snoop Dogg’s “Lavender” video, pussy hats and the homemade residential signs along Highway 12 between Santa Rosa and Sebastopol. The first one I saw go up was “Guard Your Cat So Trump Can’t Grab It.” Part of the joke here may be that the sign is near the Sonoma County Humane Society. That sign went up in the long-ago days before Russia helped Trump get elected. Since then, the rhyming homeowner came up with a few more ditties like “America Took a ‘Great’ Dump and Out Came Trump.” It’s high time he (or she) put up a new one. I’d offer a few rhyming couplets for the sign maker’s consideration, but I can’t think of anything clever that rhymes with “fascism,” “I still can’t believe he’s really president” or “death of democracy.” But I’ll be watching the spot to see what comes next.—S.H.

Most Adorable Department of Water Resources

A great feat of endurance, strength and resolve to make tomorrow another day is going almost unnoticed in the midst of urban Napa, after torrential rains burst dams and washed away homes, leaving some of its most vulnerable residents homeless, shivering in the cold. Not so much human residents, but the beaver residents of Tulocay Creek. “It has been a wild winter at the beaver pond,” says Robin Ellison, a Napa wildlife watcher who’s kept a close watch on the beavers since they made a short stretch of this humble, urban creek channel their home several years ago. During the drought, the beavers set to work on a simple stick dam, creating habitat for birds and other wildlife, rebuilding after a storm in January 2016 flooded their home. Then, in 2017, winter turned on the beaver family like some White Witch, unleashing three damn-blowing storms in a row. “Tulocay Creek came within a foot of spilling its banks, and the magnificent beaver lodge was swept away,” Ellison reports. “The poor beavers were homeless and befuddled the following week, out in daylight trying hard to stay awake.” Ellison’s photo of a beaver that had worked so hard to build a new dam for its family that it fell asleep on the branch it was gnawing, would surely affect even the heart of someone who regards nature’s hydrologic engineers as mere pesky rodents. At last report, the rebuilt lodge has an impressive foyer entrance.—J.K.

While there’s plenty of excellent coffee to go around in these parts, the people watching is particular good at Petaluma’s Acre Coffee. The cafe is nice enough—good lattes, decent sandwiches, never annoying music, rotating art on the walls—but the people-watching is top-notch. Perhaps it’s due to its central location and Petaluma’s ever-changing demographic, but sitting at Acre feels like a visit to Brooklyn, Berlin or any other hipster hub, especially on the weekends. Adorable, smartly dressed couples sip cappuccinos with their perfect, bonnet-clad babies. Students with pink hair and septum rings work on their homework. Freelance techies, in casual plaid and glasses, code away while locals in Birkenstocks and Patagonia fleece read the paper. The eclectic mix of digital nomads, local moms and dads, hip young things and old-school Sonoma County denizens is as much a treat for the senses as the coffee. 21 Fourth St., Petaluma. 707.772.5117.—F.T.

Best Place to Find Something Kinky
in The Cupboard

Sonoma County has no shortage of vintage stores and boutiques, but Guerneville’s Sonoma Nesting Co. stands out for its off-the-beaten-path offerings. Encompassing a couple of large rooms and a garden (where a Champagne bar is in the making, scheduled to open this summer), the Sonoma Nesting Company welcomes the shopper with cabaret music, artworks of the abstract and nude variety, and a plethora of odd, funny and colorful objects, small and large. Pay attention to the vintage furniture the friendly owners restore and especially to what gets stashed in the cabinets; they’ve been known to hold obscene china, creepy dolls and naughty statues. The locals who hang out the store are as eclectic as the merchandise. It’s all part of the quirky fun. 16151 Main St., Guerneville. 707.869.3434.—F.T.

They are known to certain pop-historians and sleepy truckers from the 1960s as ‘Muffler Men.‘ Their numbers have dwindled, but they once dotted the country. Muffler Men are massive fiberglass statues, generally measuring 18 to 25 feet tall, towering figures representing icons like Paul Bunyan and Chicken Boy. Never heard of Chicken Boy? Then you’ve obviously never been to Highland Park, Calif. Highland Park is all about Chicken Boy. But where were we? Oh, right. Muffler Men. The first known Muffler Man was Paul Bunyan himself, custom-made for the Paul Bunyan Cafe in Flagstaff, Ariz., in 1962. Paul was very tall, and he carried a mighty axe, made with care by International Fiberglass, of Venice, Calif., where owner Bob Prewitt took that order, hardly suspecting he’d just started an American phenomenon. So popular was this fiberglass man that soon other enormous men were ordered. They did not become known as Muffler Men until much later, after some enterprising auto-parts store ordered up a Paul Bunyan with the axe replaced by . . . a muffler. More Muffler Men were ordered from International Fiberglass. Then a man with a hot dog. Then a bunch of other things. The rest is history. Chicken Boy. The Gemini Giant. The Uniroyal Gal. What does any of this have to do with Sonoma County? As fate would have it, the only official Muffler Man to reside in Sonoma County is the beloved Big Bert, currently towering above the River Bend Resort in Forestville. He looks like Paul Bunyan, but in his arms is a canoe paddle. Little else is known about him. But who cares? He’s tall, he’s scary, and he’s awesome. Why? Because he’s a Muffler Man.—11820 River Road, Forestville. 707.887.7662.—D.T.

Who can ever go to a car wash again without memories of Walter White? Not me. Splash is a colorful and always-jumping car wash with all the old-time funny brushes and scrubber wheels and those mauve canvas fronds that lap at your car like an octopus as they slither across the windshield. It’s an adventure just like when I was a kid, except I no longer leave the rear window open a crack to see what happens. During the drought, I stuck to Irish car washes for the wheels—swabbed the exterior with a clean rag in the light occasional rain—but I got a 10-wash Splash-pack and have been hitting the Santa Rosa outpost on a nearly weekly basis with the return of a true mud season. Splash has the post-wash vacuums lined up and ready to suck the filth out of the interior, and a menu of various exterior cleansing options that will leave you feeling all sparkly and clean—until the next mud puddle. Or episode of Breaking Bad.

Jared Huffman joined some other eco-warrior lawyers for a confab at Santa Rosa Junior College in Rohnert Park this winter—the subject was Trump, the environment and what can be done. The North Coast congressman’s blue-state striped socks were striking and emerged from his slacks as he took a seat for the panel discussion. It’s quite a shoe-sock combo, revealing as well that the man’s got some pretty darn jumbo footsies. Huffman’s pretty tall, too, so everything’s in proportion. But look at those black shoes: they are worn, they are scuffed, they are a hard-working congressman’s shoes, and they are made for walking the walk.—T.G.

Bohemian.com
Previous articleUnearthed FBI memo reveals agency quietly backed off from full investigation of Andy Lopez shooting—less than a week after announcing it on Oct. 25 2013.
Next articleMarch 25: Taking a Turn in Sebastopol