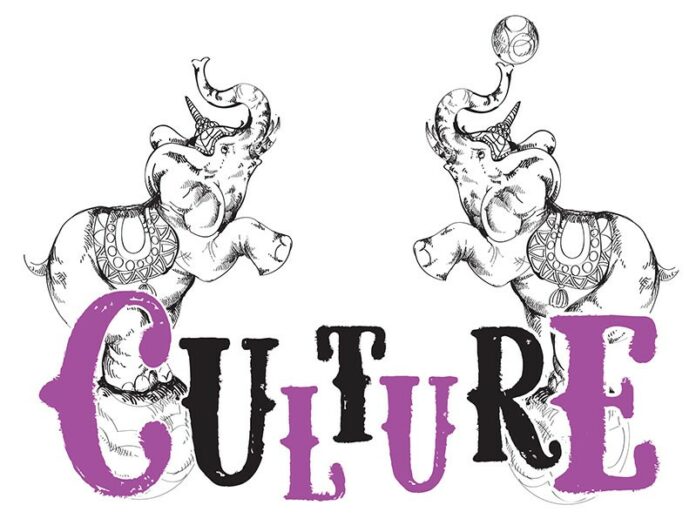 Step right up, waaay up, to the tips of your toes. You’ll have to crane your neck and squint into the sun if you want to glimpse the gargantuan, colossal, humongous hoopla of Sonoma County’s most massive maestros of hot- jazz hijinks, the Dixie Giants.

An ensemble that’s traversed the towns and cities of the North Bay and beyond for the past four years, the Dixie Giants are in fact a seven-headed hydra of infectious fun and enchanting entertainment, showing up at festivals, concert halls and various events that range from Mardi Gras meltdowns to the fields of another immense Bay Area institution, the San Francisco Giants.

Already acclaimed by enthusiasts of traditional New Orleans jazz, the Dixie Giants have recently expanded on their Crescent City sound with a new album that’s hot enough to boil the sizzling swamps of Louisiana with a fiery soul and cool enough to cheerily charm the kindred crowds of their California roots.

With recent performances throughout the Bay Area, the Dixie Giants have already shared the new foot-stomping music with adoring fans. Keep your eyes open for the mammoth music makers at your local soirée, and be ready to be overpowered by the group’s infectious, illuminating and incandescent jazz. thedixiegiants.com.—C.S.

Who coerces the Coercer? Nobody, that’s who. The punk-rock hero is the creation of cartoonist Johnny McCracken, who has been drawing his hardcore comic strip ‘The Coercer’ for nearly 20 years. Occupying a zone where Bevis & Butthead, Superman, punk rock and zine culture meet, the Coercer is the straight-edge hero this scene needs, one who persuades posers to adopt the punk-rock principles he holds dear while battling the forces of mediocrity. Stocked with steel-toed boots, cammo shorts and a cape made from a bed sheet, McCracken’s swaggering, stymied character revels in moshing to music and reminding today’s youth that punk is, in fact, not dead. By day, the Coercer is mild-mannered factory drone Joe Renassle, silently putting up with the hassle of everyday life. But on weekends, Renassle shaves his dome to straightedge sheen, straps on his gear and cleans up his town the only way he knows how: by calling bull where he sees it and hunting down ironic hippies and hipsters with glee. Throughout the new collection of comic strips, McCracken envisions the Coercer as a everyman pushed to the brink through a series of soul-draining minutiae. Stylistically, McCracken excels at the furtive furrowing brows that signal the Coercer’s about to lose his cool, and in-your-face close-ups when the boots get to stomping and fists get to flying. This ain’t no Garfield strip, kids. The Coercer is here to chew bubblegum and kick ass, and he’s all out of bubblegum. coercercomics.com.—C.S.

Terror comes to town every other Thursday when the ongoing CULT Film Series serves up a shocking, spine-tingling double feature of classic horror, science-fiction and comedy at the Roxy Stadium 14 Cinemas in downtown Santa Rosa. Founded by Santa Rosa Entertainment Group’s Neil Pearlmutter, a horror-film aficionado of the highest order, the CULT series—which stands for Classic Underground Lost Treasures—continuously offers older fan favorites and allows a new generation to discover gruesomely entertaining and long-forgotten gems of cinema. The series is a labor of love for Pearlmutter, whose dedication to the genre led to a partnership with Famous Monsters of Filmland, the longest running publication dedicated to horror and fantasy in the world of film. With Famous Monsters co-sponsoring the series, the CULT has grown in the last year since Santa Rosa became ground zero for 2016’s Silver Scream Film Festival, in which Hollywood heavyweights like John Landis and Robert Englund (known globally as the frightful Freddy Krueger) and independent filmmakers from all walks of life convened to show their new films and beloved blockbusters. Though Silver Scream was forced to sit out 2017 to retool the terror, the CULT Film Series is staying strong. This month, CULT-ists get a chance to see two beastly, New York City–smashing monsters when the series presents the 1976 remake of Hollywood’s most famous giant ape, King Kong, and the awesomely campy 1982 B-movie Q, in which David Carradine and Michael Moriarty discover an Aztec dragon nesting in the Chrysler Building and scooping up hapless New Yorkers. CULT films screen on Thursdays at the Roxy Stadium 14, 85 Santa Rosa Ave., Santa Rosa. 7pm. $10. 707.525.8909.—C.S.

Best Man Behind
the Mic Who Is
Also Named Mike

Mike DeWald runs the board for
The Drive with Steve Jaxon on KSRO, a difficult enough job given Jaxon’s uneven personality and the frequent spillings of wine, which reminds us of a song called “Spill the Wine.” Legend has it that the song was inspired by a keyboardist for War, who spilled some wine on the mixing board. Why do we like Mike? The Bohemian does a weekly show on KSRO where we talk about the stories in the paper, and even when Jaxon is a grumpy, miserable shell of a host, Mike’s always got energy, a smile and an easy laugh at our dumb jokes made at Steve’s, or our own, expense. DeWald keeps the show running smoothly and wrangles guests with ease. He’s an ace hand at the knobs who never misses a cue or a commercial break, and who adroitly handles Jaxon’s dark mutterings about his holiday plans, which usually involve loneliness and Spam. The only time you’ll hear dead air with DeWald on the board is when the subject arises, as it often does: When is Jaxon going to get a goddamned award for Best Radio Personality? For now, this is as close as it gets, and we look forward to DeWald lording over his award next time we’re on air with Jaxon, who’s actually an awesome guy, too, with a great sense of humor.—T.G.

It’s not that I don’t like people. I just don’t like big crowds of them people bumping into me, touching me or blocking my way. You know, like at music festivals. That’s what makes the Huichica Music Festival such a pleasure. The smaller-scale crowds mean you can focus on the music and scenery rather than the super loud guy in front of you blocking your view of the stage. Of course, it’s the music the really makes the two-day festival such a gem. Huichica, hosted by Sonoma’s Gundlach Bundschu Winery, has become one of Northern California’s premier indie-rock showcases. Bands play on one of four stages, one of which is in old redwood barn. The year’s festival, June 9–10, packs a great lineup that includes Beachwood Sparks, Allah Las (pictured), Robyn Hitchcock, Tim Cohen and Cool Ghouls. The food trucks, chill crowds, pretty views and good wine only add to the appeal. huichica.com.—S.H.

Snap, crackle and pop–artist Tony Speirs has never met a label he didn’t love. After studying illustration at the Academy of Art College in San Francisco (now the Academy of Art University), Speirs worked in oils that evoked his travels to Latin America and infused the mythos he encountered there. At the turn of the last century, Speirs’ imagination turned in a new direction when he embraced vintage logos, advertisement and mid-20th-century design elements into his new acrylic works. Since then, Speirs, who now lives in Graton, has become one of the North Bay’s most inspired voices for mashed-up nostalgic narrative art and pop-culture curating. Whether he’s reimagining the Quaker Oats man painted up as a member of KISS; invoking Forbidden Planet icon Robby the Robot and other classic automatons in sensationalized spreads; or dressing up Batman in a pink knitted cap to support the women’s protest march from last January—his contribution to the recent “Art of Resistance” group show that exhibited at Santa Rosa’s Backstreet Gallery—Speirs ingeniously incorporates whimsical aesthetics that add levity to socially and politically motivated art. Aside from his involvement with various group art shows in the North Bay, Speirs is also a longtime exhibiting artist in the annual Art at the Source and Sonoma County Art Trails events, which this
year run June 3–4 and June 10–11,
and Oct. 14–15 and Oct. 21–22, respectively. artatthesource.org, sonomacountyarttrails.org.—C.S.

There are two places, actually. First, Shakespeare in the Cannery (shakespeareinthecannery.com), presenting Shakespearean entertainments outdoors every summer in Santa Rosa, offers a slightly sinister, ethereal, urban-decay, post-apocalyptic experience. With a stage erected in the center of a vast field surrounded on two sides by the propped-up remains of a crumbling wall, Shakespeare in the Cannery really does take place in what is left of an old cannery. This year, the troupe presents a fairy-centric adaptation of A Midsummer Night’s Dream and a staging of Much Ado About Nothing, transposed to a USO camp in Italy during WWII, with big-band songs incorporated alongside the iambic pentameter and soliloquies. For a more bucolic variation of the theater-in-a-ruins experience, there’s always what’s left of Jack London’s historic winery (just four stone walls and no roof), where Transcendence Theater Company (transcendencetheatre.org) annually stages Broadway Under the Stars. Massively entertaining, with a drop-dead gorgeous backdrop of vineyards, hills and a star-filled sky, the series brings in professional Broadway performers to sing and dance their own variations of Broadway classics—right there in the ruins.—D.T.

The daily route to work claws and curves through the valleys of the Hicks and Nicasio, and into Petaluma and onto the 101 for the last, desperate run to Santa Rosa. Most mornings, it’s also a ride through the Bay Area’s classic rock stations, from the Fog to the Bone to the River to the Bull—with cracked-voice death-metal tirades from Democracy Now‘s Amy Goodman providing the occasional counterpoint—and as one station fades to static, another is always coming in loud and proud with the bloated old classics that are at once comforting and totally goony. So, the first rock album I ever owned was Boston’s “Don’t Look Back,” and for 10 straight, glorious days this winter, I was able to crank up radio-driven tracks from those overplayed bombast rockers on every ride to and from Marin to Santa Rosa. I just could not get away from the Boston, and so I embraced it, and now I crave it, like meth. And, to break up the ride, I like to roll in to the Petaluma 7-11 for a coffee and a nasty sausage biscuit, singing at top volume—it’s more than a feeling, methinks, it’s angina. Along the way to classic-rock salvation, I’ve also learned to love the Eagles all over again. I’m trying to take it easy, them wheels can drive you crazy. Steve Perry is telling me to don’t stop believin’—did Goodman just say the word “impeachment”?—T.G.

Bohemian.com
Previous articleUnearthed FBI memo reveals agency quietly backed off from full investigation of Andy Lopez shooting—less than a week after announcing it on Oct. 25 2013.
Next articleMarch 25: Taking a Turn in Sebastopol