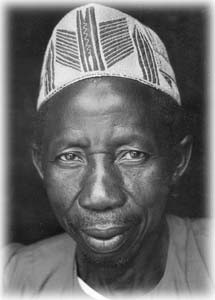 WHEN PETER BUCK went searching for a hip hook on which to hang his latest side project–Tuatatara’s Breaking the Ethers (Epic)–the REM guitarist found the goods in the exotic marimba-driven gamelan sounds of Bali, which colors this darkly sumptuous instrumental recording.

It’s no surprise. In a year that has seen sagging CD sales among pop, rap, and rock acts, an unusually strong tide of global beat releases offers safe passage to weary music fans. Indeed, it’s fitting that Warner Brothers has just reissued a visually enhanced anniversary version of Paul Simon’s landmark Graceland, the 1987 disc that launched world music into the mainstream with its South African, Tex-Mex, and Cajun influences.

Ten years down the road, the far-flung sound of world music is still a welcome port of call.

Enrique Coria’s evocative Latin Touch (Acoustic Disc) is a masterful link to the Rioplatense guitarists, hailing from the Rio de la Plata (“River of Silver”) region between Uruguay and Argentina. He lays claim to an unusually warm, mellifluous tone. In a series of acoustic solo, duet, and trio settings, Coria deftly moves through the works of Astor Piazzolla, Heiter Villa-Lobos, and other South American composers. Along the way, he ranges from sweet Gypsy-inflected melodies to Bach-influenced fugal arrangements of Brazilian folk motifs.

If you buy one world-music release this year, consider Coria.

Also from Acoustic Disc: Rudy Cipolla: Portrait of an American Original, a spirited tribute to the legendary, albeit obscure, 96-year-old mandolinist and world-music composer who wrote behind the counter of his San Francisco bookstore and didn’t record until age 83. It features the David Grisman Quintet, Evan Marshall, the Modern Mandolin Quartet, and the late Jim Boggio.

A small label with a lot of promise.

Fans of Central Asian throat singing and polyphonic overtones (and you know who you are) shouldn’t miss Deep in the Heart of Tuva: Cowboy Music from the Wild East, a haunting collection from the recently opened Mongolian republic. The region, and its strangely powerful music, came centerstage in the ’80s (Folkways Records did release a hard-to-find sampler of crude Tuvan folk singing in the ’60s), thanks to the efforts of the late American physicist Richard Feynman, who died just before becoming eligible to realize a lifelong dream of traveling there.

This meticulously annotated recording comes with everything you need to know about slaughtering sheep according to the laws of Genghis Khan (don’t forget to say a prayer for its soul) and the numerous complex techniques that compose an other-worldly art that until recently was thought by Western musicologists to be impossible–namely, that one individual can sing a three-part harmony and a haunting melody.

No overdubs–just heaps of soul.

Also recommended: If I’d Been Born an Eagle (Shanachie) by Huun-Huur-Tu, a spellbinding ensemble of Tuvan throat singers.

For the socially and politically conscious, Divine Divas: A World of Women’s Voices (Rounder) offers a chance to savor 37 of the worlds most fascinating female singers while donating a few bucks to the United Nations Development Fund for Women. This three-CD companion to last year’s stunning Global Divas: Voices of Women from the World is a seamless survey of styles from Appalachia to Zimbabwe.

Musically, it’s, er, all over the map.

There’s so much excitement, in fact, that you’ll want to settle down with the sexy Cuban stylings of Boleros (Corason) by Armando Garzon, the man the Cuban press has dubbed “the black angel with the velvet voice.”

Eat your heart out, Eddie Vedder.