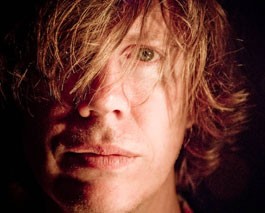 Of all the ways to describe the Hardly Strictly Bluegrass Festival, Yogi Berra may have said it best: “Nobody goes there anymore. It’s too crowded.”

Berra was describing a St. Louis restaurant when he uttered these words—not the festival. But it’s an entirely appropriate phrase to invoke each year when asked the inevitable: “You goin’ to Hardly Strictly?” The problem is this: walking from stage to stage is not an option at the festival anymore. Not only are attendees shoulder-to-very-close-shoulder, but it’s impossible to visually see performers unless one arrives early, picks just one stage, lays down a blanket and stays put for the entire day.

This year’s lineup, however, is enticing enough to fight the crowds. Staying at the Rooster Stage on Friday, Sept. 30, yields a unique lineup featuring Woods, Kurt Vile & The Violators, the Felice Brothers, M. Ward and Bright Eyes. The Towers of Gold Stage on Saturday, Oct. 1, has a what-the-hell lineup of Ricky Skaggs, Hugh Laurie, Broken Social Scene and Buckethead. Other notables this year include Thurston Moore (above), Robert Plant & The Band of Joy, Dr. John & The Lower 911, and Irma Thomas.