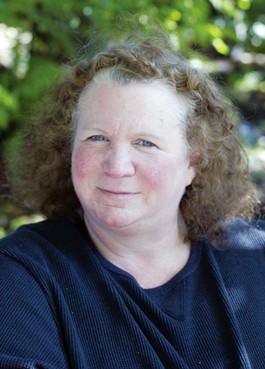 One night in 1976, Laurie Schaeffer was talking with folk songwriter Kate Wolf after a concert in Sonoma County. “So, Laurie,” Wolf asked, “are you a musician?” Schaeffer, who’d just given up the piano, said no. “Well,” Wolf persisted, “what are you good at?” Schaeffer sputtered something about being a good organizer.

Wolf’s reply has been a guiding mantra for the music fan and concert promoter ever since. “There’s a need for people like you in the music world,” Wolf said.

For the last 12 years, Schaeffer has been honoring the late singer’s advice by not only bringing nationally known singer-songwriters to Sonoma County, but also by creating for them what she calls a “listening room”—an intimate, mannerly environment where performer and audience can commune through storytelling, nuance and lyrics. For her tireless efforts, from her first concerts at private houses to the last five years at Studio E in Sebastopol, we are glad to make her a recipient of a Boho Award this year.

Schaeffer grew up in Los Angeles worshipping Jethro Tull and going to enormous stadium concerts; she came to Sonoma County for college in 1975 and met her future business partner, Greg Abel. The two trekked around to see songwriters like Steve Goodman, Rodney Crowell and Rosanne Cash. Her love for music (Schaeffer’s online username is “musicfan”) blossomed into a love for lyrics, especially those of John Prine and a growing movement of acoustic performers.

Schaeffer booked her first concert at the home of KRCB-FM program director Robin Pressman, as a benefit for the station, with Cheryl Wheeler. Wheeler, Schaeffer says, was “very reluctant” to perform at a house, but the night’s magic set the tone for hundreds of concerts to come. Wheeler loved it. The crowd loved it. For Schaeffer, “it was one of the most exciting days of my whole life.”

It also started a 12-year journey of booking acoustic performers, for whom stories are more important than guitar solos. At venues such as the Dance Palace in Point Reyes, the former New College and even a barbecue joint in Santa Rosa, Schaeffer’s created a quiet environment for musicians to share songs with an appreciative audience. Five years ago, when the owners of the former Powerhouse Brewing Company in Sebastopol sold the building and Schaeffer was once again on the hunt for a venue, she got a call from Jeff Martin, who had just bought a place called Studio E.

Schaeffer had been to Studio E, a small recording studio buzzed about for hosting Tom Waits rehearsals and notorious for its Deadhead parties (“Wild, crazy, lots of drugs and alcohol,” she says. “Absolutely packed. They were legendary”), and she was skeptical at first. She had one question: “Do you have chairs?” Martin said he was getting some.

Schaeffer brought in soundman Peter Viehoever (“I don’t like to leave home without him”), and the little wooden 100-seat cottage in the middle of an apple orchard quickly became the place. Word spread throughout the folk community. Fans began showing up, trusting the music to be good. Artists who hear about the venue are happy to turn the volume down to experience the rural splendor. And always at the front door, near the old wood stove, is Schaeffer, welcoming and bidding farewell to fellow fans.

“Some people may go to church,” she says, “but live music has saved me and has given me so much pleasure in my life. And not only does it give me pleasure, but I love seeing people leave the concerts, to see how they’ve just become enlightened as well. Enlightened? I don’t know, that might be the wrong word. But just happy. Feeling better than they did when they came in.”

To learn more, go to www.northbaylive.com.