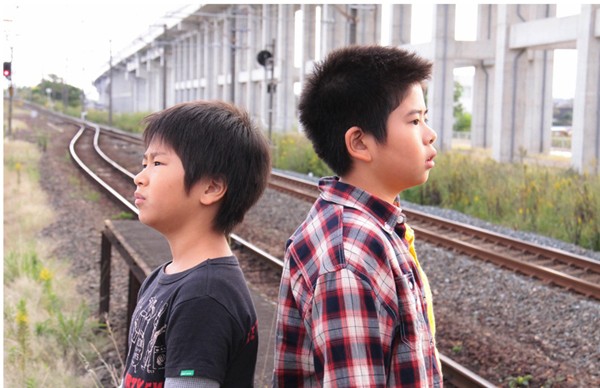 'I Wish' a discursive child's wonderland

Hirokazu Koreeda is likely the best kid-wrangler alive. He returns to the familiar terrain of his film Nobody Knows with I Wish, about a bohemian family split down the middle by divorce. The diffident, passive mom takes the older son, Koichi (Koki Maeda) to live with his grandparents in the subtropical south in Kagoshima, under an active volcano.

Oshiro Maeda (Koki’s real-life sibling) plays the bushy-haired younger brother Ryunosuke, who lives with his negligent, moderately successful rock-musician father many miles away. The brothers decide to plot a reunion. With a childish certainty in magic, they believe that they can wish their family back together.

Koreeda fills in some delicate touches about the way Koichi’s half-employed grandfather (the grave yet droll Isao Hashizume) is pressed for money by the return of his relatives. Grandfather decides to make some cash by reviving a traditional cake called a “karukan“; it’s gone out of fashion because it’s not as sweet as today’s confections.

The “mellow,” unsweet flavor of the cakes seems to be what Koreeda seeks in cinematic form. At times, I Wish plays like a Charles Schulz comic, and seems to be running on children’s time. I Wish opens Friday, June 1, at the Rafael Film Center. 1118 Fourth St., San Rafael.