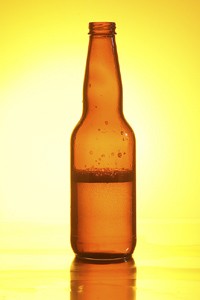 Drink, Drank, Drunk: Quaffing deeply from the fountain of knowledge, our writer regrets only that he did it on the terrible cheap.

How I (should have) spent my college vacation

Who of us can forget the time we organized the alcohol decathlon in our freshman dorm? Looking back on the college experience conjures a wistful nostalgia for almost anyone who had the pleasure of attending. Having graduated from nearby Sonoma State University a scant eight months ago, I have a particular clarity when thinking back on my fun-filled college days. But like most, I can’t help but wish I had done certain things differently. So for the benefit of the not-quite-graduated, here are the top four things I should have done while still in college.

Brave the Sonoma aroma. When the decision was made to attend Rohnert Park’s finest institution, another question still loomed: Do I stay in my hometown of Santa Rosa and commute to school, or move to Rohnert Park and get a place near campus? In the end, the sparse population and abundant poo smell in the RoPo area led me to remain in the town I grew up in. But in retrospect, the 20-mile round trip to school, sometimes twice a day, left me spending most of my free time at the gas station. Maybe driving a clunky Volvo that only got 15 miles to the gallon didn’t help, but these days, the nonexistent nightlife and pungent odor seem a fair trade for smelling those hard-earned dollars still in my wallet.

Get a tan. Rather than make the campus my home away from home, I treated going to class like having a job–or judging from my attention output, a three-hour dentist appointment. Whenever possible, I scheduled my classes back to back, went to school for one productive über-block of time and then retreated to Santa Rosa for the rest of the day. These days, I can’t help but wish I had taken time out to soak up the sunshine. The shirtless, shaggy Frisbee players roaming around campus struck me as dirty hippies then; now it seems like they were on to something. An occasional break would have given me a chance to see more of the campus, meet more people or even just eliminate the farmer’s tan I got from all that driving.

Stop living the Miller High Life. It’s inevitable that any former college student has a backpack full of stories that begin with the phrase, “So this one time we got really drunk. . . .” I am no exception. A personal highlight is the time I managed to turn watching The People’s Court into a drinking game. But it seems that my health could have benefited from splurging on booze that came in bottles smaller than 40 ounces. The inevitable beer gut that I still haven’t quite tamed, the headache that dominated most of the next day and the overall terrible taste of malt liquor don’t really seem worth the four bucks I saved by not choosing the sixer of Lagunitas.

Plan ahead! No clever title for this one. My top regret doubles as an impassioned plea to those lucky readers still attending college. Limiting your financial responsibility to ensuring that your parents pay your tuition and dorm bills can cause even the best of us to conveniently forget that there will come a time when the hedonistic gravy train ends. But when it does, those without foresight do not want to join my illustrious ranks in mumbling the post-grad shame of “These days, I sleep in my old room.” (Thanks, Mom and Dad.) Unfortunately, I was too busy chugging a beer every time Judge Milian got sassy with a plaintiff to actually stop and think about where I was going to work once I became ineligible for on-campus employment.

College-aged readers would do well to remember this sound advice from a wise old sage. Walk to school, and then go play some Frisbee with a dirty hippie. At the end of the day, spring for that seasonal ale while you think about how you’re going to fill all those years that come after you move your tassel to the right. But don’t let my musings make you think the life of a graduate is all regrets; you’ll still think back just as fondly if you drink a 40, forget about the future and spend more time in the bathroom than a classroom. Learning is a beautiful thing.

Jeff Latta was fortunate to snag a girlfriend before moving back in with Mom and plans to soon be both gainfully employed and living in a neighborhood where no one knows him as ‘Jeffrey.’

How Low Can You Go?