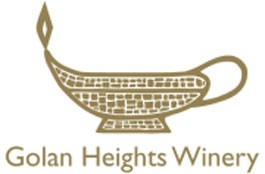 When Healdsburg winemaker Zelma Long arrived at her new place of employment in 2002 to enter a fresh winemaking project, she found herself in the presence of a grandeur that could reduce any pragmatic woman to romantic whimsy. For here among the Israeli vines was the Sea of Galilee, Mount Hermon and other sites that have felt the breath and footsteps of the earth’s most worshiped prophets. But Long quickly got down to business. In partnership with Napa’s Victor Schoenfeld, the resident winemaker at the Golan Heights Winery, she began an evaluation of grape varieties and how they fare in the heat and mountainous heights of Israel’s northeast corner (they’re cultivating at up to 4,000 feet). Cabernet Sauvignon, Pinot Noir, Merlot, Syrah and other common names have set their roots there comfortably.

For our friend Vitis vinifera is truly at home in Israel. While France and Italy are commonly equated to a Mediterranean climate like our own, these nations receive heavy rains all summer. But Israel’s dry summer heat provides conditions perhaps even more ideal for winemaking culture, which began there 6,000 years ago.

Sadly, Israel lost its indigenous grape varieties during the time of Muslim rule, and in the eighth century, grape cultivation ceased. Vines grew old and handsome on the plateaus of the Golan Heights and in the desert oases to the south, but they were not propagated; no loving hands cut and cloned the favored cultivars of the country. Only through seed dispersal and natural reproduction did grapevines remain feral residents of the region, and heritage grapes melted into the wild. The genetic material remains in the wild grapes of the land, yet it is essentially lost.

So Long and Schoenfeld are working with the usual varietal suspects meant for the world market. Indeed, Golan Heights Winery will begin pushing its Yarden Rom 2006—a bright yet balanced blend of Merlot, Cab and Syrah—into the California market imminently. And a hard push it may be, for the wine starts at $160, a truly biblical number.