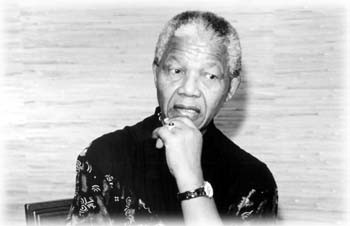 Equal: The documentary ‘Mandela’ screens Aug. 8 at the Valley of the Moon cinema.

THIS IS AN EXPERIENCE of transformation,” says Wine Country Film Festival co-founder Stephen Ashton from his Glen Ellen office. “And if it’s programmed in the way that we intend to program it, it can wake us up as human beings.”

A tall order that, and one that the WCFF seems handily up to. Now in its 11th year, this prestigious event–which began as a four-day festival and now stretches itself languorously over four full weeks–features documentaries, shorts, and feature-length film of unusual quality, shown in unusual settings, with the somewhat unusual premise of presenting fine art in filmmaking.

Screened in two counties, Napa showings continue through July 27 indoors at the Uptown Cinemas and outside at the Williams Hill Winery (WHW). Beginning July 30, screenings are held in Sonoma County at the Sebastiani Theatre and in a new al fresco Valley of the Moon (VOM) cinema erected in Jack London Park.

Past premieres at the WCFF have included last year’s first North American showing of the Georgian-made Chef in Love, which was honored with an Academy Award nomination this year. Their tribute to director Jonathan Demme also launched Demme’s award-winning Married to the Mob to general audiences. As for this year, Ashton says, “I think that we have more discoveries than ever before.”

Among his discoveries, Ashton cites as wonderful picks the indie film Plan B (VOM; Aug. 1), starring Jon Cryer, a comic look at four friends who find themselves somewhat on the lesser side of success as their 20s give way; and Still Breathing (WHW; July 26) with Celeste Holm, Lou Rawls, and Brendan Fraser as an odd trilogy of folks struggling against life. A cabernet and cigar do accompanies the screening of Still Breathing, and Holm will appear.

Other highlights include Graveyard of Dreams (VOM; July 31), a meditation on the absurdity of war by Giorgi Haindrava, once a political prisoner in the former Soviet state of Georgia, who filmed Graveyard during actual battles, losing some actors to war during the making of the film. Haidrava will be in attendance.

At the outdoor cinema situated on his old property, a special tribute to writer Jack London is hosted as Call of the Wild (VOM; Aug. 2), shown with a special dinner and reception.

The festival formally ends with the screening of Carla’s Song (VOM; Aug. 9), a political love story set in Glasgow and Nicaragua. Awards for films made tops in audience picks for best documentary, first-time feature film, and short films will be given that night.

“We’re dedicated to giving people an opportunity to see things that they wouldn’t otherwise be able to,” says Ashton simply.