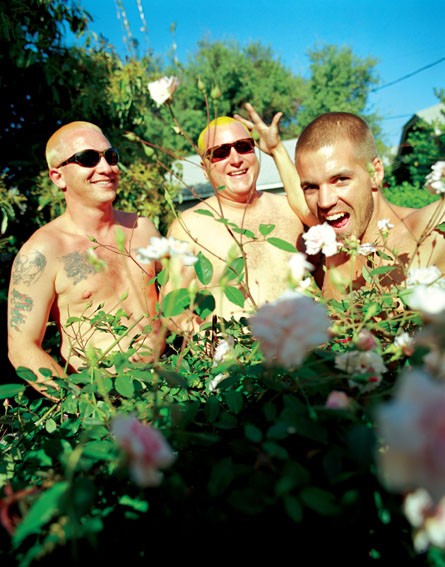 When I walked backstage, Brad Nowell was already lying on the floor. We were playing a scenic waterfront venue that day, but the view was clouded with debauchery: discarded scraps of pizza and pot were strewn about; a drunk girl was on her knees, clinging desperately to the leg of one of the Foo Fighters; and a circle of rock stars stood over Nowell, waterfalling whatever liquor they had in their hands into his wide open mouth. It was two in the afternoon.

We were on the third week of a daytime festival tour with terrible management, impossibly long drives and, worst of all, an afternoon set schedule. It felt like the organizers were aiming to make as many things as possible go as badly as possible, not the least of which was propping up a daily showcase of pissed-off, half-awake bands for the amusement of the alternative-nation marketing demographic. They were calling it the Warped Tour, and at the time, in 1995, it was the stupidest thing that I’d ever heard of.

Nowell’s band, Sublime, were a second-tier attraction at best, and I was dumbstruck at how phenomenally terrible they were. They had this reggae-punk-jam thing going on, and they played it so loosely and sloppily–often forgetting songs midway through–that every performance was basically a forced dress rehearsal gone awry. I liked exactly two things about them: (1) sometimes they tried to play a Bad Religion song; and (2) they displayed more outward contempt for the tour than anyone else.

Scenes like the one backstage that afternoon were common. I blankly surveyed the situation and thought, well, what the hell. I grabbed a beer, pounded half of it and poured the other half down Nowell’s throat. He kept shouting for more. One guy started to unzip his shorts.

Suddenly, Nowell leapt up off the floor, snarling and swirling. Everyone took a step back. “Who wants to come with me and get in a fight?” he shouted.

Before anyone could answer, he bolted for the door and left. At 19, I wasn’t much of a fighter, but I sensed that if I went with him, I’d see something crazy, so I followed him outside. He was drunk, shirtless and walking with a fierce determination through crowds of disillusioned kids when I caught up. “I’m so sick of all these people,” he told me. “They all fuck with my dog, all the time.”

Sublime had brought this dog along with them that they called Lou-Dog. It was a typical brainless Dalmatian, and for some reason, the band insisted that it be allowed to roam freely without a leash. People fed it leftover festival food so often that Nowell finally wrote “No Human Food” on its forehead with a Sharpie.

He suddenly sicced his dog on the skateboarders shouting, “Get ’em! Get ’em!”

Lou-Dog sprinted and began to bite people’s ankles. When one of the alarmed skaters got off his board and tried to shoo him away, Nowell ran up screaming, his arms flying. “Don’t you fuck with my dog!” he shouted, knocking the skater to the ground.

I decided right then and there that I did not have this guy’s back.

I turned around and left, and you know, I don’t think I ever spoke to him again. A few days later, he got in a huge mud fight with thousands of fans in New York and, to no one’s surprise, Sublime eventually got kicked off the tour.

Brad Nowell died of a heroin overdose 10 years ago this week, on May 25, 1996, after playing his last show at the Phoenix Theater in Petaluma. Sublime have since sold over 10 million albums and counting.