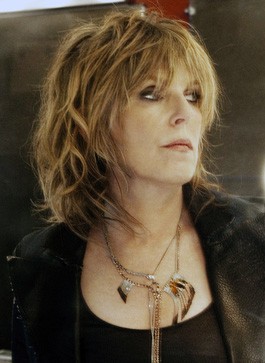 When Lucinda Williams played the area last, she was drunk as hell, muttered few words to the crowd and staggered immediately onto her bus before the last song was over. But seeing Lucinda Williams drunk—it’s not rare—is, in a certain light, the perfect scenario. How else but in wild intoxication can optimism and pessimism so freely intermingle?

In Williams’ remarkable songwriting canon, there resides a persistent push-and-pull between dwelling on life’s pains and reveling in its joys. In her finer moments, she’s able to combine the two in one breath; “Lake Charles,” “Fruits of My Labor” and “Blue,” three arbitrary songs from three consecutive albums, all find solace in sorrow. It’s telling that two years ago, the 58-year-old singer chose the worn, dirty stage of First Avenue in Minneapolis as the place to become married to her most recent husband. Squalor and abiding love to Williams have always gone hand in hand.

But Blessed, Williams’ newest album, separates the two cleanly. It’s her best album since 2003’s World Without Tears, and fans who had understandably abandoned her recent records would do right to re-register their faith.

Take album opener “Buttercup,” with guest Elvis Costello on lead guitar, which echoes the character from Car Wheels on a Gravel Road’s “Drunken Angel.” Whereas Lucinda was clearly stricken with the character in “Drunken Angel”—based on the songwriter Blaze Foley—she’s now realized that ex-junkies who keep asking to borrow money aren’t the best guys to fall in love with. It’s a flatly condemning song. The same directness is present on “Seeing Black,” a hard look at suicide without any of the poetry of Williams’ previous ruminations on the matter.

On the other end of the spectrum, “I Don’t Know How You’re Livin'” and “Born to Be Loved” take on a universal care, as if directed to the many down-and-out characters in the albums’ artwork, and “Soldier’s Song” beautifully drives home the disconnect between domestic life and Army life with alternating imagery and a rising tension.

But tension in Williams’ world almost always contains a promise of calm. Take the title track, with its two chords and a torrent of poignant images: neglected children, wounded men, battered women, girls selling roses, all rising above adversity, and through whom, Williams sings, “we were blessed.”

As the chimes of freedom peal, a thick syrup of simultaneously soloing instruments plays her out of the song, with those two driving chords, the echo of that pain-soaked voice and the welcome sense that a thousand more truths could pour out of Lucinda Williams’ lips in the coming years. I’ll drink to that.