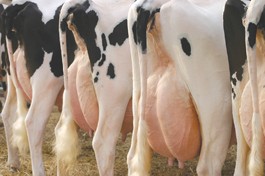 BACKSTORY: Dude. It’s not all methane all the time in these pages, just two quick weeks’ worth of gaseous wonder. This one’s pretty startling in its innovation, actually.

The most valuable direct byproduct of a Sonoma County heifer may be milk, but another worthy resource that exits the lower quarters of local dairy cows—not to mention most other farm animals—goes completely untapped: methane. Now, however, the Sonoma County Water Agency (SCWA) is making plans to build an anaerobic digesting facility at one of several possible locations in Sonoma County to capture the emissions that waft from manure and other decaying organic matter and put it to productive use. Such operations, scarcely present in California, more so in such states as Vermont and already commonplace through much of Europe, consist of silo-like tanks where rotting waste stews for 10 to 30 days as bacteria break down the organic matter, generating methane as a byproduct. The gas may be piped either directly for onsite use or to generators for transmission of electricity onto the public grid. Greenhouse gas contributions are simultaneously curtailed.

According to Cordel Stillman, SCWA capital projects manager, dairies will likely serve as the primary source of feedstock for a county-operated digester system. The county’s dairy industry of 27,000 cows produces almost 500,000 tons of manure each year, and removing this waste in adherence to state manure-handling laws has proven expensive and even crippling to many small farms. Many have sold their animals to Central Valley farmers or otherwise folded, and whereas 200 dairies operated in Sonoma County in 1999, just 81 remain.

“It’s been hard for small family dairies to survive the regulatory manure-handling laws, and if they can work with us, it may help them be able to stay in Sonoma County,” Stillman says.According to Stillman, a single giant digester built at a central location would be ideal for processing manure from multiple sources with feedstock also likely to be trucked in from county food processing facilities as well as wineries, which generate over 43,000 tons of grape waste and expired yeast each year. Possible locations for an anaerobic digester system include the Sonoma Valley’s Laguna Wastewater Treatment Plant, the Airport Treatment Plant, the Central Landfill north of Petaluma or at a conveniently located dairy farm yet to be decided upon. Building the structure might cost $1.5 million to $3 million, says Stillman, and $200,000 from a California Energy Commission grant has been secured to help fund construction. The rest of the money will likely derive from the facility’s own future energy sales, says Stillman, who expects a digester to be operating within three years.

Though highly undeveloped in the United States, methane harvesting via anaerobic digesters is an old technology. In 19th-century Europe, sewer gas served to light street lamps. In WW II, German tractors ran on methane. Today, Europe leads the world in anaerobic methane production, and in Germany alone, 3,000 facilities have appeared in the past decade. In the United States, meanwhile, only 200 exist. Most such American facilities operate on dairies, several on hog ranches and a handful on beef farms.

Mark Moser, agricultural engineer with Resources Conservation Management, a consulting firm hired by the SCWA to help assess the economic viability of a local anaerobic digester, says that the United States experienced a push for anaerobic digesters some 20 years ago before big-business influence on lawmakers erected legal hurdles that effectively prevented small operations from producing their own electricity and selling it back to the grid.

“The only way for most dairies to pay for [onsite digesters] was by producing and selling electricity, so they made laws prohibiting [small private companies] from selling any electricity,” Moser explains.

The interest in the technology thereafter flickered and largely died, says Moser, and only in recent years has progressive lawmaking lifted the barriers to small-scale electricity production.

Nearly any biodegradable material, bar wood, will serve aptly in a digester, and for several years in Eastern Europe, many methane harvesters began utilizing freshly harvested corn as feedstock, resulting in the same problem that has tarnished the reputation of the ethanol industry in America: severe misallocation of land use and edible resources. However, European lawmakers quickly amended electricity-production incentive policies to prevent any rewards or rebates from going to those who fed human- or animal-grade food to their digesters. Today, most European anaerobic digesters run on inedible waste matter.In Sonoma County, digesters would have a ready supply of waste feedstock, though precisely which cows will provide the manure, which wineries will provide the lees and what other industries will offer their own compostables for a county methane-production factory is not yet known, though Stillman says that Kendall-Jackson Wine Estate, for one, has expressed interest in providing feedstock. Sonoma County’s dairy herds are almost certain to play a substantial role. County-directed research into wind, wave and other renewable energies, as well as methane, is underway as the SCWA pursues a goal of going carbon neutral—sequestering as much carbon from the environment as it emits—by 2050. The water agency currently uses more energy than any other entity in the county, but if its plans carry through, it could become one of the cleanest.