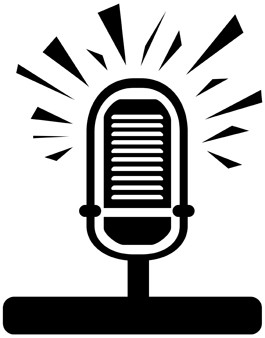 CURIOUSER AND CURIOUSER: In-fighting, accusations and legal difficulties appear to be KBBF’s only current guarantees.

Everyone involved with KBBF 89.1-FM is proud of the station’s groundbreaking past as the first bilingual noncommercial radio station in the nation. The Bilingual Broadcasting Foundation signed on with its Santa Rosa–based FM operation in 1971, but its more recent history has been fraught with dissent and divisiveness.

A tumultuous past year has seen a Superior Court judge order three reform-minded board members to be temporarily seated on the station’s board of directors; the suspension of key federal funding and a call for the return of some of that money; demands from the city of Santa Rosa that the station bring its dilapidated studios up to current code standards; and the revelation that KBBF’s interim general manager for the past three years, Jesus Lozano, was also a convicted methamphetamine dealer facing a federal prison term in Oregon.

Lozano, who was to begin serving his five-year sentence in January, drew headlines when his legal history came to light, but a potentially more critical event happened quietly months earlier, when an auditor from the Corporation for Public Broadcasting (CPB) arrived to review the station’s fiscal records for the years 2005–2007. That resulted in a report, finalized on Sept. 22, which identified a series of internal problems including misallocated funds, misstated revenues and failures to comply with federal regulations regarding transparency and community participation in station governance. The 22-page document called for KBBF to repay $66,276 to the federal government and to take “immediate corrective actions” to address the station’s governance problems. It also bluntly questioned whether KBBF “is sufficiently responsible to continue as a CPB grant recipient.”

During the three years covered in the audit, CPB had awarded KBBF grants totaling almost $307,000, a substantial share of an annual budget that is estimated by current general manager Joe Slali at $150,000 to $200,000.

Slali was president of KBBF’s board of directors when the draft CPB report was first delivered, and he signed off on the Aug. 21 response, a defense that mostly blamed the station’s difficulties on an ill-informed and dysfunctional prior board and the “private agendas” of some “disgruntled and alienated individuals,” including certain unnamed board members.

Perhaps coincidentally, KBBF had failed to hold a valid election of board members during the same two years covered by the audit. A group of would-be reformers, calling themselves Voces Cruzando Fronteras (“Voices Crossing Frontiers”), sued to force new, fair elections. In May 2008, Sonoma County Superior Court Judge Mark Tansil upheld their complaint and ordered the interim appointments of three Voces members—David Janda, Evelina Molino and Josue Lopez—to fill open seats on the station’s 14-member board until a new, court-monitored election could be conducted.

When that balloting was held last November, the slate of incumbents and their supporters dominated the results, thanks in part to heavy promotion of those candidates on the station’s air. “They used the airwaves to thoroughly poison the well,” Lopez complained. When Slali was disqualified as a result, one member of the rival Voces slate was seated in his place. The new board instead designated Slali as the new station manager after Lozano’s legal jeopardy become public knowledge.

And the disputes raged on.

Slali, a former accountant from Southern California, first came to KBBF as part of a three-person election monitoring team in 2005. Although that vote was halted, with Slali dissenting, when the team found widespread electoral irregularities, he subsequently joined the KBBF board with Lozano’s strong support. His detractors denounce Slali as Lozano’s puppet, a charge he vigorously rejects. Lozano “stopped speaking to me about a month before he left,” Slali says. “He probably thought I was going to carry on the way he did. I don’t know where he is; I haven’t heard from him.”

Slali’s critics dispute that claim, claiming public sightings of the two together last December. But Slali maintains an active distrust of the Voces faction, stating that Lopez, Molino and Janda “would have to have a genetic makeover for me to be able to work with them.”

Janda in turn says that Slali “has way more power than Lozano ever had in terms of the day-to-day running of the station. He just had to declare an emergency and he can pretty much do what he wants to do.”

Josue Lopez offered a more conciliatory tone. “The needs of the station come above any personal animosities,” he says. “If we can possibly find a way to work with the rest of the board, we’ll do so. Our entire purpose has always been to bring openness and honesty and transparency to KBBF.”

For his part, Slali has twice called police to the KBBF studios in rural southwest Santa Rosa in recent months to disperse picketing protesters, including current and former board members. He has actively recruited new candidates for the board, recently adding “Big Man” Howard, a founding member of the Black Panthers who now hosts a Saturday night jazz show on the station. Meanwhile, without the CPB money, the station’s typically precarious financial position is worse than usual. A deal was struck with Sinclair Telecable, the parent company of Wine Country Radio and KRSH (not to be confused with the much larger and rabidly conservative Sinclair Broadcast Group), to exchange KBBF’s official “city of license” in Santa Rosa with Sinclair’s KSXY—now billed as Y100.9-FM—which was licensed to Calistoga, but wanted out, moving recently to Geyserville. The six-figure cash payoff for the exchange, which KBBF attorney Greg Wonderwheel observes “doesn’t change a thing about the broadcast footprint of the station,” provided the windfall income needed to bring the studios into compliance with city fire and sewer codes.

But the station’s standing with CPB remains in limbo. “I’ve been wanting to respond to that since November,” Slali said earlier this month, “but I haven’t had time to study all the allegations Voces sent,” an apparent reference to the dissenting board members’ unofficial six-page minority report sent to the CPG auditor in October.

In January, attorney Wonderwheel asserted that the Voces minority report”was the result of the suspension we did not expect,” even though that suspension had been urged in August and enacted in September, well before the Voces letter was sent.

“None of our group has ever called any of the regulatory agencies or the city,” retorted David Janda. “That’s not our style. If you have a problem, it will probably get worse if you call the cops.”

It’s all quite disheartening to the people who simply want to use the station as a vehicle to communicate with the local community, such as Camp Meeker activist Mary Moore, who has been part of the feminist collective hosting the “Women’s Voices” program on Saturday afternoons since 1993. “Most of the programmers I know there have been keeping quiet, trying not to add fuel to the fire,” she observes sadly. “I’m more in agreement with the Voces people, but not with the disrespect they’ve shown; it’s pushed a lot of us into defending Joe.

“This needs to be mediated,” she concludes, “but at the moment, neither side is interested in doing that.”

Bruce Robinson is the news director for KRCB public radio and television.