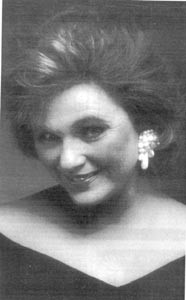 Is local law enforcement warming up to advocates for the mentally ill?

IS A THAW developing in the icy relationship between Sonoma County law enforcement and advocates for the mentally ill? Alarmed by a rash of jail suicides and police shootings involving the mentally ill over the last few years, activists have frequently accused local police and the Sonoma County Sheriff’s Department of not understanding the special challenges posed when law enforcement officers confront victims of mental illness. But now representatives of the Sonoma County chapter of the advocacy group National Alliance for the Mentally Ill are getting two unprecedented opportunities to make their case to law enforcement officials, and one NAMI representative calls the situation “hopeful.”

The U.S. Department of Justice estimates that more than a quarter million inmates in America’s prisons and jails suffer from mental illness, according to NAMI, and both police and jail guards frequently face difficulties dealing with the mentally ill. In Sonoma County, such problems have led to at least five suicides or suicide attempts by inmates at the Sonoma County Jail since 1996. Advocates charged that inmates were poorly evaluated for special mental health needs and denied medication.

The NAMI team, which included a representative from the organization’s Sacramento office, urged the chiefs and the sheriff to take advantage of training that NAMI makes available to law enforcement agencies. The speakers also urged Sonoma County law enforcement to implement special mental-illness emergency response teams modeled on a program in Memphis, which NAMI says has been very effective in reducing mortality in arrests of the mentally ill.

Though the team had only 15 minutes on Aug. 4 to make its case, both NAMI members and at least one chief came away with positive impressions.

“It feels really hopeful to me, but we don’t have anything definite set yet,” explains NAMI president Sharon Barrett. “My impression was that Sheriff Piccinini was pretty open. He seemed interested and was asking questions.”

“There is definitely a need in law enforcement for additional training for issues around the mentally ill,” Parks says. “Any training that we can bring to our respective organization would have a benefit, provided it’s by knowledgeable presenters.”

On a less positive note, Ernst says she does wish her team had been offered more time. And she wishes more chiefs had expressed interest in NAMI’s training proposals.

“We had two requests for more information,” Ernst says. “It was hard to judge in 15 minutes how we were received, but at least they know that there is an organization that can help with training and information. This is the first time we’ve ever been asked to address the chiefs, so we see this as a very positive step.”

Feedback from the tour should be available next week, but speaking in advance, Ernst explained what the team was looking for. Members have closely inspected a recent report by the state’s Board of Corrections report on jail conditions in Sonoma County.

“NAMI is particularly concerned with the mental health unit and the new health-care contractor,” she explained. “I have studied the Board of Corrections report in detail, so I will be looking for things like how the cameras work, the size of the cells people are kept in, and how observations are conducted.”

Ernst had originally invited members of the media, including reporters from the Sonoma County Independent and the Press Democrat, to tag along on the tour. But she says Piccinini nixed that idea after Ernst sent him a list of names of those going on the tour.

“He said that if the media wanted their own tour, they could set that up separately from ours.” Ernst explained.

In the past, Piccinini has denied such requests from the Independent following a series of articles critical of health care at the jail. Calls to Piccinini attempting to set up a new media tour of the detention facility were not returned.

Usual Suspects loves tips. Call our hotline at 527-1200 or e-mail us at [email protected].