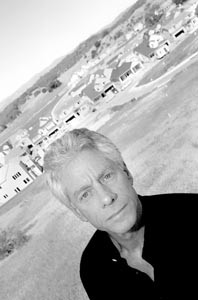 A LOCAL ACTIVIST who once said he was willing to compromise is blasting a city-backed growth-control initiative approved on Monday by the Healdsburg City Council, calling it a sham. The measure, which will rival a similar ballot initiative supported by a grassroots group, could derail efforts to curb development in one of the county’s fastest growing regions while providing affordable housing.

The council’s action comes just weeks after Jim Winston, a tenacious land-use activist whose tactics alienated even some of his allies, surprised the council by making doubly good on a threat to take the issue of managing Healdsburg’s growth to the voters. Over eight days in March, Winston led a petition drive collecting nearly 900 signatures–almost twice as many as needed–qualifying his version of a growth-management ordinance, or GMO, for the November ballot.

Winston’s decision in February to pursue an initiative divided his allies. Among those who parted ways with him were several prominent Healdsburg slow-growth advocates, including Leah Gold, who chaired the 1996 campaign that established Healdsburg’s 20-year urban-growth boundary, one of five similar measures passed in the county that year.

The Winston-backed measure would allow 30 new homes a year. The council’s calls for 25 new homes a year but has a liberal exemption clause that could significantly increase that figure by permitting small subdivisions of three or four homes, in-law units, live-work arrangements, and other types of housing.

Healdsburg is the second-fastest- growing community in Sonoma County. While the town constructed few new homes in the past decade, Healdsburg recently annexed 230 acres, mostly on the north end of town, and approved 500 new homes.

Winston, who just last month said he could live with the city’s version of the growth limits, now says the council measure is “a sham” because it is fraught with loopholes.

THE INITIATIVE BATTLE is just the latest twist in a tug of war commenced a year ago, when Winston appeared at a council meeting warning that if the city wasn’t careful it was going to outgrow the UGB well before its 2016 expiration date. He and a hastily formed citizens’ group led with a proposal that the city limit new housing units to 40 a year.

The group’s concern was fueled by the building boom at the city’s north end, where nowadays street after street of large single-family homes rolls over 230 hilly acres annexed by the city in 1995. Healdsburg experienced only incremental growth through the early ’90s. But a surging economy ignited residential construction, mostly in the annexed area, where dozens of roads were carved and nearly 200 new homes built from 1997 to 1999.

Neither of the initiatives on November’s ballot will affect the nearly 500 new homes already approved for eventual construction in the annexed area.

But GMO advocates say the goal is to slow the rate at which Healdsburg develops in the future and preserve the integrity of the UGB. Through much of the past year, GMO advocates and the city remained far apart on the number of new units to be permitted a year. The Planning Commission proposed 60, with a generous bundle of exemptions. Winston called the number “absurd,” saying that at that rate the city would use up the room within its boundary by 2008.

Under public pressure, the council lowered that number first to 50, then 45, but balked when Winston, citing revised figures from the city’s Planning Department, proposed a new limit of 30 units a year.

The council dug in, and Winston decided to go after an initiative.

The next step: the ballot box.

Jeremy A. Hay contributed to this article.