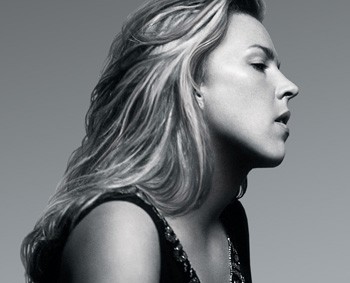 Chanteuse: Diana Krall inaugurates the Sonoma Jazz+ Festival in May.

So much music, so little time

With three jazz and two blues festivals as well as a major chamber-music series on tap for the summer season, there can be no question that Sonoma County is fast becoming the wine country’s chief pleasure center. The lineups for three of these glittering events have just been released, and there are good things in store.

Bennett, who bills himself as the consummate saloon singer, opens the festival on Thursday, May 26. British pop star Winwood, preceded by Boz Scaggs, performs on Friday, May, 27. Krall will perform on Saturday, May 28. The closing act is yet to be announced. Jazz violinist Regina Carter and soulful jazz singer Lizz Wright, whose Verve debut is set for release soon, open the shows.

Founded in 1991, and now celebrating its 15th season, JAS began as a simple three-day festival and evolved into two major summer fests as well as year-round free and paid concerts replete with educational programs. Over the years, JAS has presented artists from a wide span of jazz and popular music, ranging from Bennett, Wynton Marsalis, Herbie Hancock and Cassandra Wilson to Ray Charles, James Brown, Neil Young and Bob Dylan, among others.

The promoters are banking on that experience, and a host of corporate sponsors from throughout the region’s food and wine industry, to make its inaugural North Bay event a success. Tickets for the Sonoma Jazz+ Festival are $35­$85. Details are available by calling 866.468.8355 or visiting www.sonomajazz.org.

Facing Sonoma Jazz+ is the homegrown Healdsburg Jazz Festival, widely recognized as one of the Bay Area’s premier arts events and now in its seventh year. The festival, founded by Healdsburg businesswoman and jazz buff Jessica Felix, focuses primarily on straight-ahead jazz, bebop and swing acts presented at outdoor wineries and small intimate theaters and restaurants–settings that have created many memorable one-of-a-kind shows. The Healdsburg Jazz Festival is scheduled to run June 4­12 (some of the unannounced acts are still being booked).

Claudia Villela is one of the most exciting jazz singers around, delivering an exhilarating blend of bossa nova and bebop; Lage has shown himself to be a talented composer as well as a stunning player, contributing three compositions to Burton’s most recent CD; and both Watson and Hicks are veterans of Art Blakey’s Jazz Messengers, the drummer’s legendary school of hard bop.For details, visit www.healdsburgjazzfestival.com.

Bettye LaVette alone would be worth the price of admission. She more than lives up to the hype as one of the powerhouse voices of soul, and has a deep, theatrical way of inhabiting a song and making it her own that is almost without parallel. And she gets bottom billing.