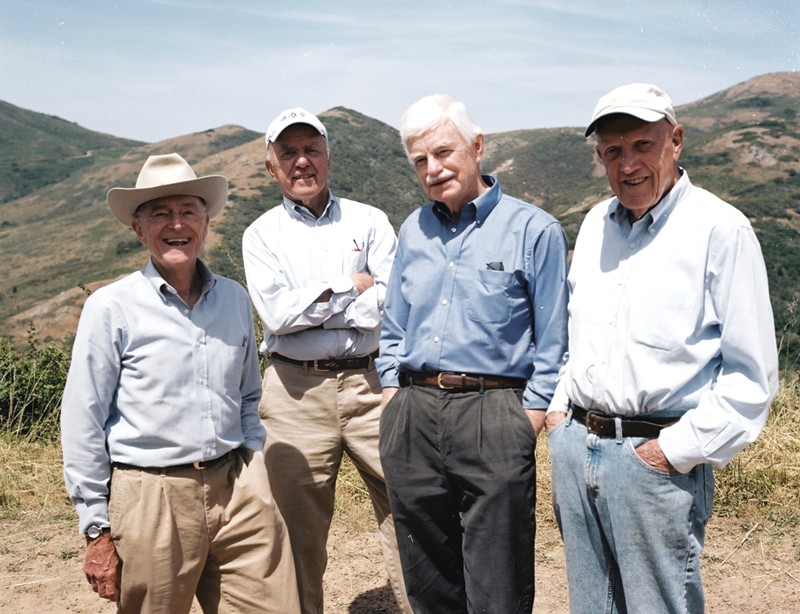 Instead of cows and native shrubs and grasses, imagine the scenic Marin Headlands or Point Reyes covered in little boxes made of ticky-tacky. The 1963 Pete Seeger hit “Little Boxes” (and the Malvina Reynolds version, from Weeds) is famously inspired by Daly City’s multitude of one-story architectural clones; if it weren’t for a few brave souls, that’s how most of the land north of the Golden Gate would look, too.

“Everyone says they didn’t know this story,” says filmmaker Nancy Kelly of the proposed coastal development. “They thought it was always like this.” With her husband Kenji Yamamoto, she made a documentary to honor those who dedicated themselves to preserving the land in a post–World War II era, a time when development was king and owning a home meant believing in America. “The idea of having open-space parks near where people live was unheard of at the time,” she says. “Conservationalists,” as they were referred to, was a term on par with “communists.”

Thanks to a few young, idealistic lawyers, the director of a nature conservatory and “two little old ladies,” as Kelly says, the only reminder of the Gulf Oil company looking to develop the land into a planned community named Marincello is the ironically named Marincello bicycle trail in the Marin Headlands. And now, an award-winning documentary. Rebels with a Cause screens Thursday, Jan. 24, at Rialto Cinemas. Q&A with filmmakers afterward. 6868 McKinley Ave., Sebastopol. 7pm. $15. 707.525.4840.

Next ArticleJan. 27: Hoodoo Rhythm Devils at the Sweetwater Music Hall