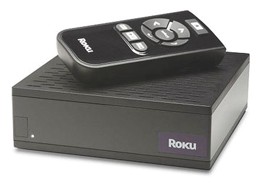 A constant sap of squandered power by the TV

When the New York Times reported that America’s 160 million set-top cable boxes were sucking up the “annual output of nine coal-fired plants” at a ratepayer cost of $3 billion annually (“Power Hungry Devices,” July 4), my anger was sparked by the fact that this waste could have been avoided with regulation, as it has been in Europe.

Because cable boxes, DVR devices and streaming players like the Roku box use almost as much electricity sitting there unused as they do when in use, the Times reporter asked why these devices were not designed with power-saving sleep modes. “One manufacturing company,” the reporter noted, “said nobody ever asked them to use less power.”

While the Department of Energy—after asking nicely for years for voluntarily compliance with Energy Star program guidelines—might be tiptoeing toward regulation, individual states are stepping up. New York introduced legislation in January of this year which states, “By July 1, 2014, all set-top boxes provided by cable, satellite, telecom or internet protocol providers to consumers located in New York shall comply with federal Energy Star set-top box product specifications promulgated by the United States Environmental Protection Agency and the United States Department of Energy.” In other words, they’d turn themselves off when not in use.

When I asked Adam Gottlieb of the California Energy Commission why California doesn’t have cable-box efficiency regulations on its agenda yet, he explained that the commission is focusing right now on efficiency standards for homebuilding and on meeting the state’s goal of 33 percent renewable energy by 2020. Defending the state’s efficiency record in a broader sense, Gottlieb pointed out that California still leads the nation in terms of electricity conservation.

“We have the lowest per capita electricity consumption of any other state,” explains Gottlieb, “and our consumption has been flat for nearly 40 years—despite larger and more abundant electrical appliances—due to our rigorous efficiency standards.” According to Gottlieb, Californians annually consume on average 7,000 kilowatt hours, while residents in the other 49 states consume 12,000 kilowatt hours.

But consuming electricity warms the atmosphere. So while we await regulation, what everyone needs to do is simple: when not using the box, unplug it.

For more ways to save energy, Gottlieb recommends www.consumerenergycenter.org.