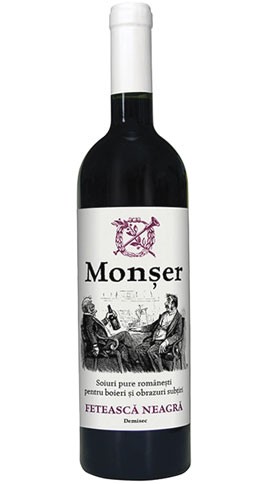 The Romanian wine invasion was a quiet affair, occurring around lunchtime one recent day at Napa’s La Toque restaurant. Proximate to press-time in advance of Halloween, as it was, I had to wonder if the occasion was timed to tie in with the one and only Romanian wine that anyone in the North Bay has likely ever seen, Dracula’s Blood Merlot, Vampire’s Blood Cabernet Sauvignon, or some such combination of bloodsuckers and wine that has been a popular Halloween party gift in recent years.

When we think of Romania, our thoughts trend morbid. There’s Count Dracula, to be sure; the nation also contributed the only bloodstains to the Velvet Revolution of 1989. But Romania is among the top wine producers of the world, and its recent bid to duplicate export successes like Argentina and New Zealand was hopeful yet tentative. How to gain a foothold?

Trading on Transylvania was an obvious first start, but at La Toque, there were no vampire-related wines of any kind. Instead, three young representatives from Romania offered their best wines in the French-international vein: Chardonnay, Pinot Noir, Cabernet Sauvignon. These weren’t bad, but perhaps the native varietals are of more interest. The wines of Romania have been praised since Plato, and it’s reputedly the birthplace of Dionysus himself. Feteasc– Neagr– is a juicy, robust red that might serve as a signature varietal. The Romanians professed hesitancy on account of its exotic name; but they pronounce it like “fantastic” minus the n and the c. Corporate branding strategists get paid top dollar for that kind of assonance.

Senator Wine’s 2009 Mon–er Feteasc– Neagr– has smoky, wild grape aromas over black cherry and vanilla. With only 12 percent alcohol and a gentle gesture of tannins, it’s an agreeable table wine with a twist. With a simple sketch of a bowler for a logo (reminiscent of the hat from a well-known movie set in another former Eastern Bloc country; being Americans, that’s close enough for us), this is the kind of try-me wine that might best appeal to our market. Indeed, some of these wineries are in negotiations with Trader Joe’s, and Senator looks best poised for success.

Romanian wineries make much of their shared latitude and varietals with France. In the U.S. market, however, one more Merlot from a faraway me-too region might be one too many. But with well-made native varietals with exotic cachet and a manageably pronounceable name (sounds like “fantastic!”) they just might have a chance. If you see a Romanian wine in the light of day, don’t be scared.