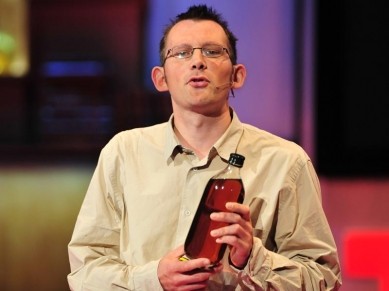 “By loving and leaving all that oil has done for us,” said Rob Hopkins, “and that the oil age has done for us, we are able to then begin the creation of a world which is more resilient, more nourishing and in which we find ourselves fitter, more skilled and more connected to each other.”

Hopkins, founder of the Transition Movement, spoke these words in a 2009 TED talk, viewable on YouTube, in which he deftly supplants sustainability with resilience. Sustainability in an oil-dependent context is mostly an ambivalent goal. How can global (which translates mostly to the United States) consumption of five barrels of oil for every one barrel discovered be perceived as sustainable, no matter how many miles you don’t drive your car or how many kilowatts you don’t use if you stop operating all the electronic devices you can’t live without?

Locally, we find a preponderance of green programs, and these are fine things. But green certification, if not hard-earned, is often expensively purchased or fraudulently touted. It can be painted on like a mask. However, resilience—which is people-powered and doesn’t come with a merit badge—cannot be co-opted by commerce. And it’s the goal toward which the world’s most inspired leaders, starting here in the North Bay, are moving. Instead of greenwashing the same old thing, transition is the effort that will buffer the impact of an inevitable crash: the post-oil existence.

Fortunately, Marin, Sonoma and Napa counties are ahead of the trend—in part because we grow food, have organizational talents pooled in hundreds of projects to connect people and create locally controlled power (Marin, and soon Sonoma) and food (Sonoma, Marin and Napa, in that order). Sebastopol put California on the world map of transition towns and hosts the Transition USA website, facilitating “a vibrant, grassroots movement . . . to build community resilience in the face of such challenges as peak oil, climate change and the economic crisis . . . [and engage] people in strengthening their communities against the effects of these challenges, resulting in a life that is more abundant, fulfilling, equitable and socially connected.” Transition West Marin is among those communities as well, and has been since Hopkins first launched the transition movement.

“I feel grateful to have lived through the age of cheap oil,” said Hopkins. “We’ve been astonishingly lucky. But let us honor what it has bought us and move forward. . . . Because if we cling to it and continue to assume it can underpin our choices, then the future it presents to us is one that is really unmanageable.”