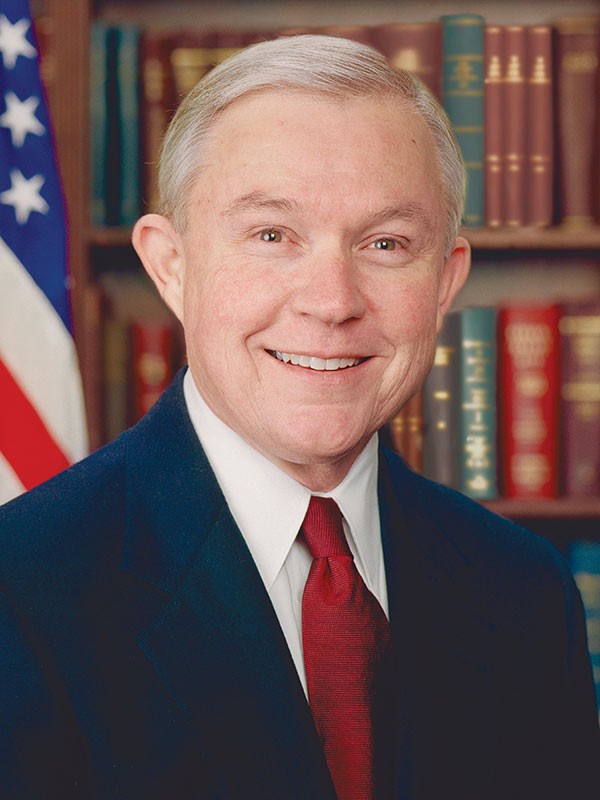 Too Big to Fail

More than half of U.S. citizens live in states with some level of marijuana legalization. Yet amid a plethora of polls showing that cannabis legalization is more popular with Americans than ever, the Trump administration is poised to ramp up a failed drug war.

First, Trump appointed racist-prohibitionist Jeff Sessions as attorney general and is planning to name yet another failed drug warrior, Congressman Tom Marino, R-Pennsylvania, to head the Office of National Drug Control Policy. Marino has also been a reliable vote in opposition to marijuana reform in Congress.

Trump, who lost the popular vote by nearly 3 million votes nationally, repeatedly promised during the campaign to legalize medical marijuana and “let the states decide” about legalizing adult use. Various drug-reform groups warned that his statements could simply be a con act to draw supporters from Hillary Clinton, who was on record in favor of cannabis reform.

The percentage of Americans who “think the use of marijuana should be legal” has increased dramatically over the past 10 years and now stands at a record high, according to polling data compiled by the University of Chicago’s General Social Survey. The survey has a margin of error of plus or minus 2.5 percentage points.

The survey has tracked adults’ opinions on legalizing marijuana since the early 1970s. Today, 57 percent of adults support legalization, up from 32 percent in 2006. That is the highest percentage of support ever reported by the poll. In 1987, only 16 percent of respondents endorsed legalization.

Support for legalization was strongest among Democrats and younger adults, but fell below
50 percent among Republicans
(40 percent) and those over the age of 65 (42 percent).

The survey’s findings are similar to those of other findings—all of which show majority support for regulating the adult use of cannabis.

At a speech at Luke Air Force Base in Arizona on April 11, 2017, Sessions admitted that he was “surprised” that his position against marijuana was drawing criticism. “When they nominated me for attorney general, who would have thought the biggest issue in America was when I said
‘I don’t think America’s going to be a better place if they sell marijuana at every corner grocery store’?” Sessions asked. “They didn’t like that. I’m surprised they didn’t like that.”

Chris Conrad is the publisher of ‘West Coast Leaf.’