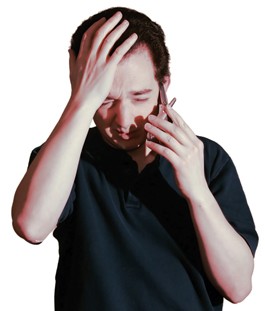 How clever those speakers of the King’s English. When my friend Debbie, a bright composition instructor, was traveling in England, she met Craig, a bright English businessman who claimed to be baffled when informed of her profession. “Fancy that,” he mused in a musical Yorkshire accent. “An American teaching English.”

His joke had roots in our cultural differences expressed by linguistic stereotypes: Americans take inelegant short cuts, hacking their way to the point, whereas the British (and other English-speaking Europeans) retain a polite pace along more traditional linguistic routes. Americans boast of directness; but lately the King’s English has expressed a human health concern that here in the colonies has been drowned out by market blather. The May 6 findings of the Council of Europe clearly recommend protecting the public from excess electromagnetic radiation.

“One must respect the precautionary principle,” declares the report by the Parliamentary Assembly on the Environment, Agriculture and Local and Regional Affairs. The council recommends revising current threshold values, because “waiting for high levels of scientific and clinical proof can lead to very high health and economic costs, as was the case in the past with asbestos, leaded petrol and tobacco.” The report concludes that “high-frequency waves used in the fields of radar, telecommunications and mobile telephony appear to have more or less potentially harmful, nonthermal, biological effects on plants, insects and animals, as well as the human body when exposed to levels that are below the official threshold values.”

If language expresses cultural differences, I’m wishing we spoke as well as the European Council, suggesting “reasonable measures to reduce exposure to electromagnetic fields, especially to radio frequencies from mobile phones.” In advising protecting infants from exposures by in-crib baby monitors, the council also recommends paying “particular attention to ‘electrosensitive’ persons suffering from a syndrome of intolerance to electromagnetic fields,” and introducing special measures, “including the creation of wave-free areas not covered by the wireless network.”

Tough luck if you’re an “electrosensitive” person here in the North Bay, where PG&E forces installment of Smart Meters at your home. If the thinking in Europe is to respect human life by respecting the precautionary principal, I am all for hearing a lot more of the King’s English. In fact, I can even bear up to the lilting voice of Craig, now married to Debbie, saying, “Fancy that—an American using common sense.”

The Council’s report can be found at www.next-up.org.