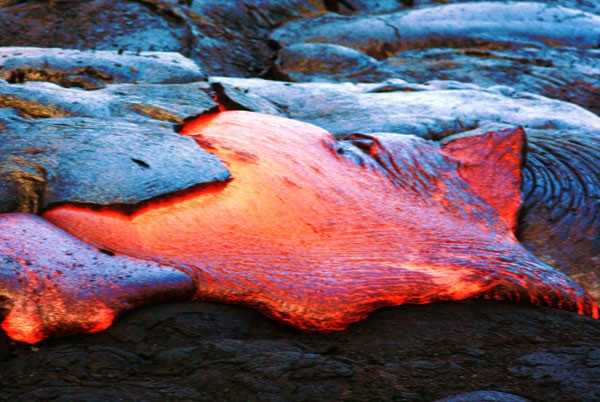 Bill McGuire’s latest book is called Waking the Giant: How a Changing Climate Triggers Earthquakes, Tsunamis, and Volcanoes. Perhaps even world governments, slumbering through every alarm to decelerate climate change, may sit up when the metaphorical sleeping giant of the earth’s crust stirs more frequently and catastrophically in response to climate change.

Earth’s last epoch of rapid climate change gives us a glimpse into our future, according to McGuire, gifted storyteller and professor of geophysical and climate hazards at University College London. McGuire’s 303-page science-based treatise sheds light on how the earth’s crust may react to present climate change—in terms of earthquake, tsunami and volcano activity—based on how it reacted to similar change in the past.

Despite the provocative title, McGuire warns in his preface that Waking the Giant is not “a speculative rant . . . but a straightforward presentation of what we know” about climate interacting with the earth’s crust.

Next week’s column will address the complex climate-geosphere relationship outlined in the book. Simpler, though perhaps more likely to induce hair-tearing, is the relationship between widespread human denial and climate change, as McGuire examines how information for public consumption, such as the “2007 Fourth Assessment Report” by the Intergovernmental Panel on Climate Change, omits the bleakest of presently recorded statistics. (The IPCC looked at partial climate data through 2006, which had to be government-approved.)

Criticisms that the IPCC’s “Fourth Assessment” is “over-optimistic and too conservative,” McGuire explains, are “understandable, given that prior to publication every sentence is scrutinized to ensure acceptability by representatives of the world’s governments, many of whom can hardly be described as sympathetic to the idea of anthropogenic climate change; the U.S.A. and Saudi Arabia spring particularly to mind.”

McGuire points to governments failing humanity, including the failure to approve binding greenhouse-gas laws during the Cop 16 gathering of nations. Among the science ignored by world leadership is Earth’s last “great heat spike mystery,” known as the PETM (Paleocene-Eocene thermal maximum), when up to 7,000 billion tons of carbon were dumped into earth’s atmosphere.

McGuire shows the complicated scientific processes by which the rate of our human-made carbon releases—even at the comparatively lower rate of 8.3 billion tons added in 2009—can trigger another PETM. McGuire posits that, as it did in the past, rapid climate change will likely “bend the solid earth to its bidding” eliciting “a vigorous response.”

Next week: McGuire on earthquake, tsunami and volcano responses to climate change.

Plea for the Trail