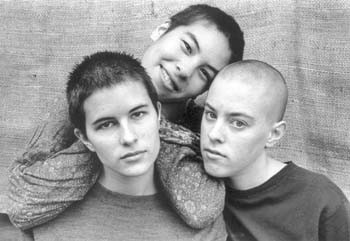 AUDIENCES in Sonoma County will get a chance to see The Vagina Monologues onstage in a special production Saturday, May 8, at the Luther Burbank Center. The reading, which benefits Women Against Rape, is a production of the Owl Eagle Women’s Lodge, a local women’s group.

The organization first became interested in Eve Ensler’s award-winning performance piece when one member, who is a friend of the mother of actress Winona Ryder, was invited to attend the high-profile, celebrity-laden production last year in New York City. She brought the book version back to her friends, who read it and were deeply impressed by Ensler’s deft use of humor and raw honesty to discuss a taboo topic.

“It was extremely moving for all of us,” says Marjorie Clark, a member of Owl Eagle Women’s Lodge. “We just thought, ‘This has to get out to more people because it has such a deep impact.'”

Six lodge members will do the reading, repeating a performance they gave six months ago in Sebastopol. None of the women are professional actresses, but their previous production was well received by the audience in Sebastopol, according to Clark.

“I don’t think [the narrator] Alexandra had said more than a few words before we all felt that the audience was completely with us,” she says.

The Vagina Monologues begins at 7:30 p.m. in the Merlo Theater, LBC, 50 Mark West Springs Road, Santa Rosa. The music of the a cappella group Copper Wimmin opens the show. Tickets are $10 in advance (from Copperfield’s Books and the Sensuality Shop in Sebastopol), $12 at the door. For details, call 829-8586.