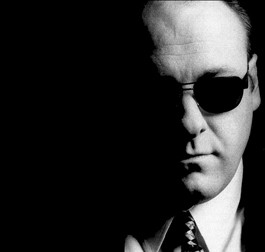 In the late, lamented HBO series The Sopranos, Mafia boss Tony Soprano’s confessions to his psychiatrist opened a window on the fragile psyche of an extralegal executive. We discovered that Tony—a man who has killed with his bare hands—once dreamed a bird had absconded with his penis. More importantly, we learned that no man, no matter how tough, is impervious to depression.

There’s no second-guessing his sadness, but does Tony really suffer from a genuine depressive illness, a breakdown of normal psychological functioning? And what about the rest of the Prozac-popping multitudes? Are they truly sick?

These are some of the many questions sure to hound readers of The Loss of Sadness: How Psychiatry Transformed Normal Sorrow into Depressive Disorder (Oxford University Press; $29.95), a tightly reasoned, paradigm-shaking new book. Written by Allan Horwitz, a specialist in the sociological aspects of mental health at Rutgers University, and Jerome Wakefield, a professor in the School of Social Work at New York University, The Loss of Sadness should alter the official definition of depression, change the way we get mood-enhancing drugs and clarify how effectively American culture delivers well-being.

If the numbers are to be believed, serious depression is the dark lining in the silver cloud of capitalist abundance. “There is more purchasing power, more music, more education, more books, worldwide instant communication, and more entertainment than ever before,” the psychologists Ed Diener and Martin Seligman wrote in 2004. “But contrary to the economic statistics,” they continue, “all the statistics on depression and demoralization are getting worse.” Horwitz and Wakefield show that this claim is not clearly true.

According to epidemiological estimates, major depressive disorder afflicts one in 10 adult Americans each year. Outpatient treatment of depression in the United States increased 300 percent between 1987 and 1997, the last year for which comprehensive statistics are available. By 2020, according to the World Health Organization, depression will trail only heart disease as the leading cause of disability worldwide. As Seligman, a professor at the University of Pennsylvania, has written, “We are in the midst of an epidemic of depression, one with consequences that, through suicide, takes as many lives as the AIDS epidemic and is more widespread.”

What accounts for this deadly, rapidly spreading malaise? Nothing.

According to Horwitz and Wakefield, “There are no obvious circumstances that would explain a recent upsurge in depressive disorder.” The ranks of the depressed are bulging, they argue, because the clinical category fails to make the elementary distinction between normal, functional sadness and true mental disorder. The depression data are littered with false positives: jilted lovers, white-collar workers who missed out on a promotion, kids nobody asked to the prom. People who suffer but aren’t sick.

The Loss of Sadness argues that Darwinian natural selection has equipped us with a “loss response” system. We are built to be saddened by loss, just as we are built to be enlivened by success. A genuine depressive illness requires the “harmful dysfunction” of the loss system. Even bouts of quite profound sadness—say, a month-long funk following a devastating romantic reversal—can be perfectly consistent with the proper function of our mental machinery. A response to loss of a duration or intensity out of proportion with the precipitating event often signals the breakdown of proper function; so do symptoms without an intelligible cause.

Similarly, the failure of the fog to lift after well-motivated sadness has run its course could signal dysfunction, like a heart that hammers too long after a race. If you mourn your dead schnauzer for two weeks, you’re probably normal. If you’re still blue after two years, you have a problem.

Since its third edition was published in 1980, the Diagnostic and Statistical Manual (DSM) , the standard handbook used by clinicians to classify mental problems, has defined major depressive disorder with a complex checklist of symptoms. In order to meet the exigencies of 15-minute doctor’s visits, the few diagnostic qualifications calling for expert judgment were stripped away to produce a simple rule of categorization that family doctors, mental health epidemiologists, and even—or especially—computers can apply.

To simplify only slightly, if a patient meets five of nine mundane requirements over the course of two weeks, he or she qualifies as suffering from major depression. The checklist: a persistently low mood; a diminished interest or pleasure in almost everything; an increase or decrease in appetite leading to a gain or loss in weight; too much or too little sleep; fatigue or low energy; fidgetiness or listlessness; feelings of worthlessness or guilt; difficulty concentrating or indecisiveness; thoughts of death, suicide or an attempt at suicide.

The DSM admits a single exception: If the symptoms are precipitated by the death of a loved one, they represent normal grief and there is no disorder.

But as Wakefield and his team showed in a 2007 study, one in four people diagnosed with major depressive disorder exhibited symptoms only negligibly different from those of the bereaved. They, too, were responding to major losses; it’s just that the precipitating events were not deaths. In both sets of cases, the sadness came on the heels of a genuine loss, and was similarly deep and long-lasting. For Horwitz and Wakefield, it is the context within which symptoms present themselves, not just the fact that they exist, that divides sickness from health.

Thanks in large part to pharmaceutical companies trying to sell us and our insurers on the idea that every bout of the blahs is a treatable medical disorder, more Americans than ever attribute depressive symptoms to a “chemical imbalance.” But we should not expect a swift correction in the way depressive disorder is diagnosed, no matter how strong Horwitz and Wakefield’s case is. Thousands of mental health studies, thousands of careers and tens of millions in research funding are wrapped up in the very diagnostic category that they claim is fundamentally broken. Doctors who are paid by insurance companies have an interest in keeping the category permissive. So do pharmaceutical companies wanting to boost sales of mood enhancers. And so do the ordinary people who feel better on Prozac, Wellbutrin or Effexor, whether or not they genuinely qualify as disordered.

The evidence suggests that antidepressants work just as well as, and are cheaper and less time intensive than, cognitive behavioral therapy. Drug marketing seems to work as well: Advertising can increase demand when people were previously unaware a product was available. The hugely increased diagnosis of depression and the correspondingly huge increase in the use of mood-enhancing drugs may be a sign of improvement in the way we feel. If antidepressants generally do make people feel better, an increase in usage should mean a decrease in sadness. Promiscuous diagnosis may be a boon for the national mood.

Interestingly, the evidence for an increase in normal sadness is also scarce. Data on “happiness” or “life satisfaction” from the huge General Social Survey flatly contradict the depression data. The percentage of Americans reporting themselves in the lowest category of life satisfaction dropped slightly over the past 30 years, just as rates of diagnosed depression were exploding. We should expect an epic epidemic of sadness, not to say depressive illness, to at least register in the life satisfaction numbers.

And if depression is booming, why do the suicide trends look so rosy? According to data from the U.S. National Center for Health Care Statistics, the overall suicide rate in 2003, the last year recorded in the U.S. Statistical Abstract, was barely higher than the rate in 2000—which was lower than that of any of the previous 50 years. Suicide among teen boys did hit a record high in 1990, but rates have declined sharply since then, perhaps because of the increased availability of antidepressants.

Indeed, in 2006 a group of UCLA medical researchers found a strong statistical association between the decline in the suicide rate and the growth in the number of people taking fluoxetine (generic Prozac) during the 1990s.

The alleged epidemic of depression simply doesn’t exist. Millions who have been diagnosed with major depression never had it in the first place, even if their lives were nonetheless improved by the drugs they were prescribed. We risk our very real and very satisfying prosperity if the self-assigned stewards of public health insist on “treating” our illusory unease. That would be depressing.