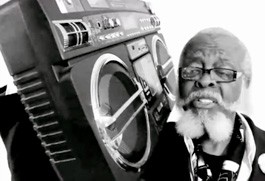 The Rent? Too Damn High

On Election Day, while voters went to the polls to make their voices heard, Jimmy McMillan went to iTunes. McMillan, the New York gubernatorial hopeful whose one-track platform and smooth-talking charisma earned instant internet fame and a Saturday Night Live spoof, is mad. Mad about the rent. It’s simply too damn high.

Released digitally this week, The Rent Is Too Damn High (Vol. 1) is McMillan’s first full-length album, but it’s not his first time in the recording studio. Under the name Jimmy Mack, McMillan recorded the 1975 single “A Woman Is So Hard to Understand,” a bona fide yelper of a soul song that would sidle seamlessly alongside any classic Stax Records hit. His new material is more Gil Scott-Heron than Otis Redding, owing to the spoken-word aspect of his recordings, but if we’re talking influences, McMillan also claims his main inspiration is Ronald Reagan.

With titles like “R.E.N.T.,” “Landlord Listen Up” and “When You Can’t Pay Your Rent,” almost every song on The Rent Is Too Damn High (Vol. 1) addresses the rising rent in New York and the city’s systematic eviction of its poor. Lest McMillan’s efforts die on the vine after Election Day, he’s also included “Rent Too High Christmas,” a soon-to-be seasonal classic: “Santa Claus got evicted,” McMillan rasps, “‘Cause he couldn’t pay his rent / Now he sleeping in a park, in a tent / Yeah, he homeless.”

McMillan may be milking his 15 minutes, but he’s also helpfully reminding us that it’s just past the first of the month. What’s due? That’s right. The rent.

Gabe Meline
Previous articleOur Time Is Now
Next articleNov. 3-10: Across the Bridge