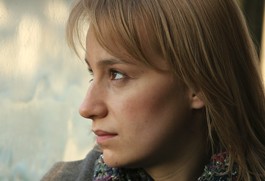 M ost Americans would think of Romania as a strange country, which is why the wave of first-rate films coming out of there has an added shock of recognition. Cristian Mungiu’s 4 Months 3 Weeks and 2 Days, the best film we’ve gotten from that corner of the world, is also a tremendously accessible film. It’s set in Romania in 1987, in the “Golden Age,” as Mungiu sarcastically calls it. The Ceausescus, megalomaniac husband-and-wife dictators, are just about to be toppled and executed.

Otilia (Anamaria Marinca) and Gabita (Laura Vasiliu) are students sharing a tiny college dorm room in a part of Romania that’s neither the capital nor the bereft, starved-out countryside. Otilia is the stronger of the two, a college student on the way up, with a boyfriend from a family of doctors. She’s very pretty, with that Champagne-colored hair that’s neither quite blonde nor quite brown. She has drive. Her roommate defers to her. Gabita seems younger, smaller, sadder. The two are about to leave on a mysterious overnight trip.

Otilia is efficient at gaming the system and knows the black market, bargaining for the cigarettes she needs as petty bribes to take care of things. And it’s Otilia who arranges the meeting with her friend’s illegal abortionist.

He (Vlad Ivanov) is a balding, furtive man in his late 30s; he calls himself Mr. Bebe. “Trust is vital,” Mr. Bebe insists, but the demands he makes aren’t met. It’s the wrong hotel so Mr. Bebe has to leave his ID card at the front desk. Gabita doesn’t make the connection in person like she was supposed to. Worst of all, Gabita has fudged the dates on her pregnancy. She’s actually four months gone. This takes what was already an illegal activity and puts it into a new category of offense, a murder with a five- to 10-year penalty.

Sitting at its customary middle distance, the wide camera takes in the three participants in their final stage of negotiation. Having his routine disturbed has inconvenienced Mr. Bebe, so he decides to add a special surcharge to his end of the deal. Both ladies will be required to pay in advance.

This film makes the worst of the Iron Curtain tangible in a way it probably never could have been back when the commissars ruled. It’s a dictatorship that only seems a few degrees different than our world; it’s like a mirror held at a narrow angle that reflects everything around us, only slightly skewed and with blurred margins we never noticed.

The greatness of 4 Months is in the natural, melodrama-free acting. We know that Otilia’s old life is over when we see her sitting in the white stillness of an empty tram car, on her way to a party she can’t stand to be at. At the party, she’s praised and teased by the boyfriend’s relatives, who are raucous and jolly and heavy-handed about the girl’s piss-poor rural background. The boyfriend would like some attention too, of course, being a young man in love.

Meanwhile, Gabita is in who knows what kind of state, bleeding, perhaps feverish, alone in a second-class hotel. And Otilia’s odyssey is not over yet, since it includes a nighttime trip to a dark high-rise that’s rather worse than any image in an Eli Roth film.

The film’s notes describe how abortion became illegal in Romania in 1966. It’s estimated that half a million women died from botched abortions during the Communists’ reign. Some 1 million abortions were performed the first year after the procedure became legal in 1980, “a number far greater than any country in Europe.”

One would surmise that poor women in a poor country short of contraceptives often find themselves faced by drastic measures. This isn’t the place to mark the 35th anniversary of Roe v. Wade or to note again that people who take their rights for granted soon lose them. For this reason, Juno’s portrayal of an abortion clinic as a last resort for skeevy, itchy people, or Knocked Up’s shying away from any mention of the word itself, seemed rather less than a joke to me.

An even worse joke is played by moralists who believe people can be forced into good behavior by the law. If there’s a practical, rational ground for people of either side of the abortion debate, this movie shows the way to it.