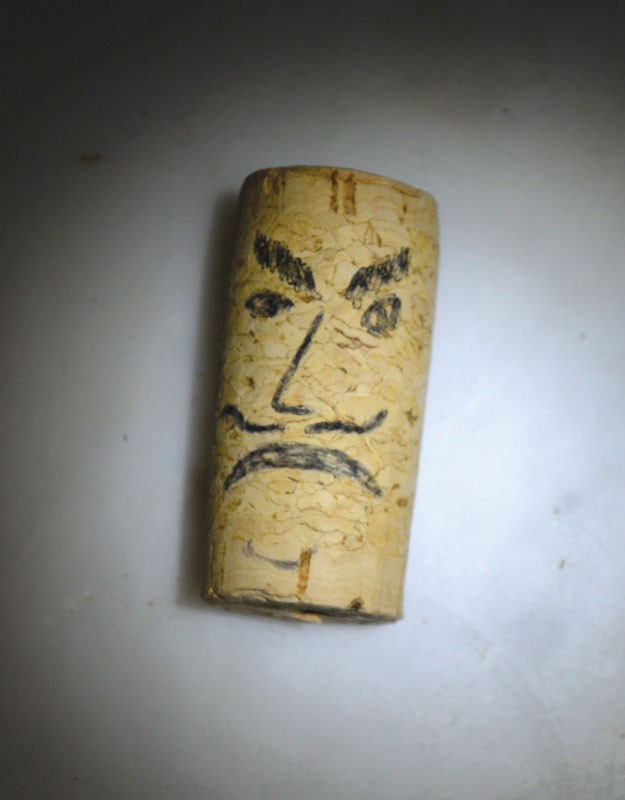 There once was a bane of wine closures that made wine buyers lose their composure. But if you could tell taint from terroir at the tasting-room bar, you’d be that much less a wine poseur!

That is correct: a limerick about cork is as much St. Paddy’s Day theme as you’ll get out of this mid-March wine column. The rest is all about the insidious chemical compound behind the plague of corked wines.

“Corked” is a vague-sounding term that means specifically that a wine is tainted with 2,4,6-Trichloroanisole (TCA), not any other wine flaw—or, as I’ve heard many times, that one just doesn’t like the aroma.

Thanks to new cork-processing techniques, the percentage of truly corked wines has fallen in recent years. Still, it may be as much as 1 to 2 percent, I’m told at Enartis USA (formerly Enartis Vinquiry). The company, which provides winemaking products and laboratory services worldwide, offers TCA threshold testing at its Windsor location.

I took the test a few years ago, and was confronted with an array of wine glasses holding identical pours of light, white wine, an unknown number of them tainted in varying but precise amounts with commercial-grade TCA. What kind of wine makes for the ideal, neutral test medium? Carlo Rossi Chablis. Needless to say, this was a swirl-and-sniff test—no tasting necessary.

A few glasses were obvious, some were tough going. I second-guessed my nose. TCA is measured in minute quantities—merely a few parts per trillion (ppt) can dampen the aroma of wine, leaving a musty impression like wet cardboard. One fascinating aspect of the saga of TCA is that the moldy aroma isn’t mold itself; it’s the result of mold spores defending themselves from a fungicidal compound.

In the end, I identified three out of three in the 2ppt and 6ppt range, and one of three at 1ppt, receiving a certificate attesting to my 2ppt threshold achievement. For the most part, the high-ticket test is paid for by wineries and other industry companies that find it useful to have employees trained and certified on TCA. On the wine-connoisseur side, however, what price would it be worth to be able to say, “Waiter, I know this bottle bears the hallmark aroma of 2,4,6-Trichloroanisole, for I am certified for a TCA threshold of 2 parts per trillion in a neutral white wine!”