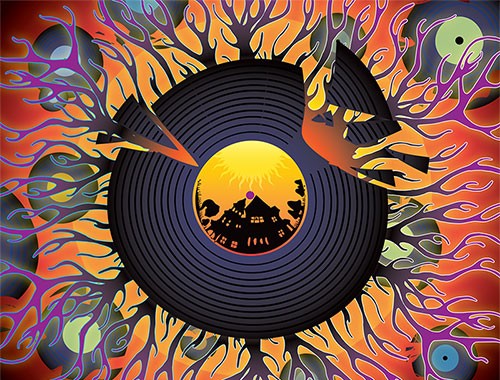 The Grateful Dead once lived there, apparently taken with the acoustics of the living room. Its bucolic grounds were featured on the back cover of the Dead’s 1969 album Aoxomoxoa.

And the crush of musical luminaries who passed through it include Grace Slick, Janis Joplin, Nina Simone and a five-year-old girl named Courtney Love.

But the country estate known as Rancho Olompali in Marin County was best known as the site of a social experiment that lasted all of 600 days, a commune called the Chosen Family, where at one point nearly 90 people sought refuge from the tumult of San Francisco street life in the late 1960s.

And if their musical tastes were any indication, archaeologists say, its members were surprisingly diverse.