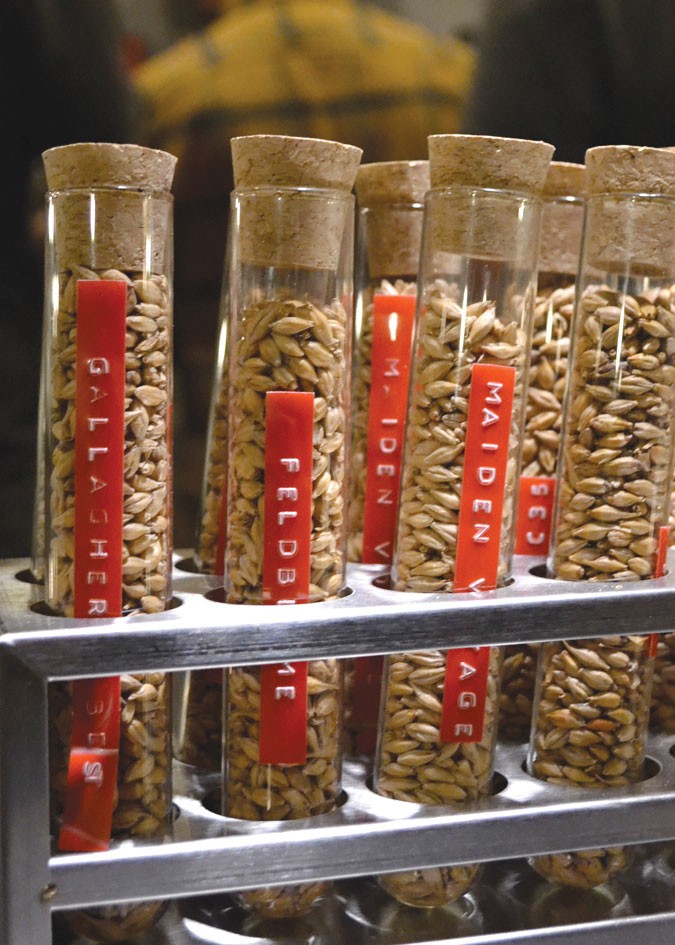 North Bay craft brewers have been among the first to take advantage of California-grown barley malted at Admiral Maltings. Billed as California’s first such malting facility in nearly 100 years, since Prohibition, the new-in-2017 business recently previewed Alameda’s newest watering hole—an attached pub showcasing dozens of craft brews already made with their product.

The lineup of breweries listed on the board at the Rake, named for the implement used in Admiral’s floor-malting process, includes a few familiar North Bay names along with a small roster from California’s over 800 craft-brew outfits. Although they’ve already serviced unsolicited inquiries from Southern California brewers, the priority is to provide malt to the Bay Area, explains Ron Silberstein, who is founder and brewmaster at ThirstyBear Organic Brewery in San Francisco, and cofounded Admiral with Dave McLean, founding brewmaster of Magnolia Brewing Company, and head maltster (sounds trendy, but it’s a traditional job title) Curtis Davenport.

“We want to bring regionality back, terroir back, the farmers back to making the product for the local brewers. We want to do that in a sustainable way,” says Silberstein, “and we want to do it in a way that we think adds the most flavor components to the process, which is floor maltings.”

Very little malted barley, the main ingredient in beer, is made this way: on view through a massive window in the pub, the facility’s floor is covered ankle-deep in grain that is slowly “chitting,” or sprouting under innovative floor-based glycol temperature control. Picture a warehouse-size cat litter box—albeit filled with one of those natural, wheat byproduct litters—and you’ve got it.

And what are those flavor components? It’s a tough question, the maltsters admit, as malt aroma and flavor profiling is a new field even among the experts. You’ve got to taste it—in beers like Russian River Brewing’s fresh and grainy Key Grip pale ale and Lagunitas Brewing’s Spawn of Kashmir imperial pale ale, which is Lagunitas-strong at 8.0 percent alcohol by volume, but turned down a notch in hop volume compared to many Lagunitas products, with a creamy, though not too sweet, malt profile that hints of caramel and a fruity red apple skin note. Black Sands’ Oil as Embers coffee milk stout, this one from a new brewery in Lower Haight, is the kind of thick, delicious brew that our
local, organic ice cream has been waiting for.