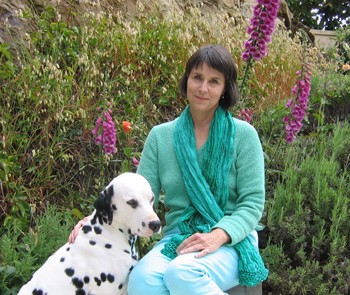 ‘The Future of Food’

In less than six months, Sonoma County voters will decide whether to join Mendocino and Marin counties in banning the use of genetically modified organisms (GMOs) in local agriculture. If the initiative is approved, this tri-county area will create the largest GMO-free zone in the United States.

But what, exactly, does that mean? While opponents on either side of the GMO debate know where they stand on the issue, the rest of us are left scratching our heads in befuddlement. On one hand, there seems to be something intrinsically wrong with messing with Mother Nature’s DNA. On the other, there’s all those starving masses around the world genetically engineered crops are allegedly helping feed. Isn’t there some middle ground here?

According to the influential documentary film The Future of Food, screening May 18 in Santa Rosa, the answer is a resounding no. Written and directed by Deborah Koons Garcia, wife of the late Jerry Garcia, the film argues that the battle to ban GMOs is nothing less than a revolutionary struggle to regain control of the entire global food chain from multinational agribusinesses and genetic-engineering corporations.

“The problem with this technology is that it can’t be contained,” Garcia says by phone from San Francisco. That’s a fact she says an increasing number of people are becoming aware of, and that even large companies are fighting against, as when corporate beer giant Anheuser-Busch recently blocked attempts to plant GMO rice in Mississippi. The megacorp was concerned about cross-contamination of its own crops. “These sorts of things are happening all over the place,” Garcia says.

As The Future of Food makes abundantly clear, such cross-contamination is not only unavoidable, it’s being used by multinationals like Monsanto Corp. to extract money from farmers who otherwise choose not to plant GMOs. For example, the film features Canadian farmer Percey Schmeiser, who was ordered by a court to pay Monsanto a portion of his profits because the corporation owned the patent on a windblown mutant strain of canola that infected Schmeiser’s non-GMO canola fields.

“There was a very good reason why for virtually 200 years the patent office and Congress did not allow for the patenting of life,” Andrew Kimbrell, executive director for the Center for Food Safety, explains in the film. But once the U.S. Supreme Court permitted the first patent of a genetically modified organism in 1978, the floodgates opened, with implications that some say are nothing short of sinister.

“I think what the companies would like to say is that, ‘We are patenting the gene and . . . we own anything we put it in,'” Kimbrell continues. “‘If it goes in the plant, we own the plant. If it goes in an animal, we own the animal.’ They might even say, ‘If it goes in a human being, we own the human being.'” Kimbrell and others in the film lay to rest the notion that GMOs are helping feed a hungry planet. It is access to food, not its increased production, that experts say determines the rate of starvation in the world.

The film does a remarkable job of presenting a tremendously complex topic in a quick 88 minutes. The cinematography moves seamlessly through panoramic corn and canola fields, supermarket aisles stacked with colorful packages and computer-animated graphics depicting how bacteria and viruses are used to implant, say, a flounder gene in a tomato cell.

“It was really challenging what to leave out,” says Garcia, noting that Sonoma County resident and herb farmer Vivien Hillgrove handled the film’s editing chores. Garcia would have liked to feature more on the role the International Monetary Fund and the World Bank play in the global food supply, or perhaps the declining state of nutrition in the United States. Instead, she ends the film on a positive note, showing us another possible future of food: community-supported sustainable agriculture, such as that practiced by Judith Redmond’s Full Belly Farm in the Capay Valley.

“I think the next film I’d like to do will be about tilling the soil,” Garcia says. Sounds like the perfect subject to bring us all back down to earth.

‘The Future of Food’ screens Wednesday, May 18, at 6:30pm at Rialto Cinemas Lakeside. Garcia and scientific experts will be in attendance for a postfilm Q&A. 551 Summerfield Road, Santa Rosa. $25; benefits the GE-Free Sonoma County campaign. 707.525.4840.