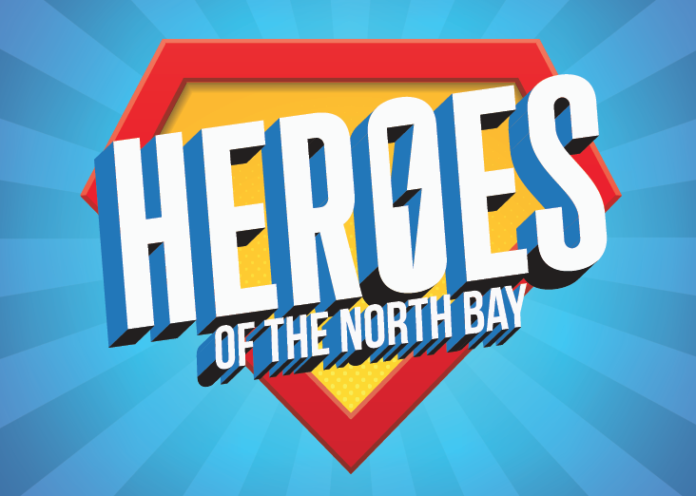 Every year, the North Bay Bohemian staff has the pleasure of reflecting on the accomplishments of those in our community who give of their time and talents to improve the community-at-large.

There are many who make meaningful contributions daily and keep our community vital. This year, the honorees stood out for how they overcome divisions with dialogue, deliver aid to those in need, and foment belonging while shaping tomorrow’s leaders. Their collective desire to benefit all of us and to cohere a community that is often at odds with itself is exemplary and makes the North Bay truly greater than the sum of its parts. We salute you, our 2019 Boho
Award Winners!

Community organizer Zahyra Garcia came to America at the age of 1 when her parents crossed the border. She lived in the U.S. as a Deferred Action for Childhood Arrivals (DACA) recipient for 25 years and is now a permanent resident. “I’m also a queer woman of color, which makes me a triple threat.” she quips.

Her personal experiences pushed her to become an active community organizer. Since the 2016 election, Garcia has been a clear voice for the many unheard in our community. “Being silent just wasn’t an option for me anymore.”

Garcia is currently District 2 Commissioner for the Commission on Human Rights, where one role is working with youth.

“Working with the Junior Commission gives me hope. They are amazing human beings, and they are leading the way,” she says.
Most recently the Junior Commission’s Butterfly Project places painted butterflies that include immigrant stories in public spaces. As Garcia says, “Migration is beautiful and humanizing immigrants is what the youth wanted to do.”

As co-chair of the North Bay Organizing Project (NBOP) Garcia works with the Sonoma County Tenant Union to ensure renters’ have a voice. Currently, they identify and support local leaders and candidates who will act on climate change. She also co-founded the Climate Action Commission in Petaluma to work locally for environmental and equitable solutions.

Her work as co-chair with Indivisible Petaluma includes taking the reins from the Petaluma Progressives to produce the 21-year-old Progressive Festival. With this organization, she addresses racism in schools and identifies new leaders at the local and state levels that will represent all voices in the community.
“Living in a blue state doesn’t mean we are free of injustice. I want people to know that all the -isms happening at the national level, also occur at our doorstep,” says Garcia.

Additionally, Garcia is a founding member for the LGBTQI+ Families of Sonoma County – a volunteer-led group made up of parents to advocate, build and protect queer families.

“I took up being a community organizer to shine a light on the struggles of people like myself and break the status quo. It’s a lifelong commitment. My work is my life on the line, every day. We are here to remind people that no matter what walk of life you are from, you deserve basic human rights,” she says. “My hope is to have accomplices fight with our marginalized communities. So many voices are often left out of our democracy and conversations. To exist is to resist.”

For the uninitiated, a term like “social capital” might sound like corporate jargon a la “human resources,” or worse— perhaps it has something to do with pre-IPO social media companies.

Fortunately, it’s neither. Popularized in Robert Putnam’s book Bowling Alone: The Collapse and Revival of American Community, social capital refers to the factors that contribute to functioning social groups like a shared sense of identity, understanding, or just trust. Suffice it to say, it seems we’re running low on the stuff at present, which is why Petaluma-based Aqus Community Foundation executive director John Crowley is leading a local charge to get people together to start talking.

Petaluma Conversations is part of Crowley’s continuing mission is to bring people who often have disparate values together in real dialogue. Since its inception earlier this year, conversations have convened weekly and the event has blossomed into a well-attended and dynamic safe space for those on different parts of the ideological spectrum to discourse without rancor he had seen online.

“We first started on a year ago when I saw a lot of my friends being not-their-best-selves online to other friends of mine who weren’t being their best selves back,” recalls Crowley, whose initial Petaluma Conversations were hosted at Aqus Cafe in the Foundry Wharf of which he’s a proprietor.

The goal, Crowley emphasizes, is not to find solutions but simply understanding. He immediately noticed a change in the conversation’s tone after the first event.

“There was more civility after that,” Crowley observes. “When you know somebody, you’re going to be more civil with that person.”

The series has proved popular, so much so that Crowley recently changed the venue from the west Petaluma cafe to the more central, if not perceptibly neutral, Petaluma Library.

“Aqus Cafe has got, I guess, a certain reputation—a good reputation—but one that might not be terribly welcoming to everybody on the political spectrum,” he says with a laugh.
The conversations have taken a variety of issues over the past few months and never shy away from the more challenging topics of the day. The suggested subjects for next week’s scheduled chat at the Petaluma Library, for example, are immigration and addiction, which can be difficult enough to discuss over a family dinner, let alone in public with one’s neighbors.

Susan Farren has always been in the business of saving lives. After graduating from the Stanford paramedic program in 1985, she began a career as an emergency medical services provider, cutting her teeth as a paramedic in West Oakland before serving the North Bay as a paramedic, then as a supervisor and a clinical manager.

All that changed in 2016, when Farren was diagnosed with kidney cancer. “Initially, that diagnosis was terminal,” says Farren.
After surgery removed a tumor in her right kidney, the doctor who performed the work said something that propelled Farren down a new path of work.

“The doctor made a comment after my surgery, and said, ‘We see a lot of this in first responders,’” Farren recalls. “I asked him, ‘A lot of what?’”

The answer was organ cancer, and after Farren got out of the hospital, she dived into research on the subject. She found articles about increased risk of cancer for first responders, primarily kidney cancer. “That’s where your adrenaline is dumped when you’re in a fight-or-flight situation, which is common for first responders,” Farren says.

She also discovered that through strokes and heart attacks, first responders suffered a 15-year drop in their life expectancy versus civilians. Depression, substance abuse, divorce and suicide statistics were also elevated for first responders. “Everything I looked at was like alarms going off, because I had worked in this industry my whole life; I’d seen it,” Farren says. “I realized something was happening to us, way beyond being treated for post traumatic stress.”

Farren decided that treating stress after the fact was already too late. After consulting with experts and developing a proactive program, Farren sold her house to start the nonprofit organization First Responders Resiliency, Inc.

Through the organization, Farren and her team lead workshops and conferences with first responders to give them tools to retain their physical, emotional and relational well-being while they perform their high-stress, often life-or-death duties.

The group trains first responders in modalities of how to be aware and recognize symptoms of trauma and gives them techniques to help keep their nervous systems calm. These trainings also boost “right-brain” thinking that allows for creative and intuitive thinking.

“Once I got the word out, people realized the value in it,” says Farren, who notes that these conferences are for first responders only, to allow attendees a safe space among colleagues. The organization’s staff is also entirely comprised of retired first responders.

First Responders Resiliency, Inc. leads events throughout the Bay Area, and with overwhelmingly positive responses from attendees, Farren now receives requests to lead conferences in other states and other countries. “As we continue to grow, we’re going to get this message out to as many people as we can, because we know that what we are doing works,” she says. “We know we are saving lives.” (resiliency1st.org)