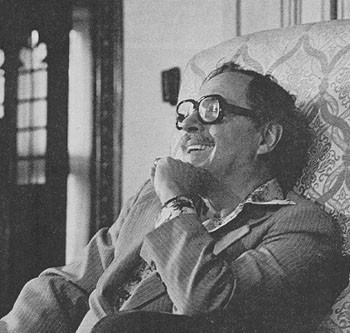 Tennessee Williams isn’t easy. The very elements that attract so many actors, directors and audiences to Williams’ work–the multilayered characters; the constant shifts in tone between subtly pungent comedy and raw, volcanic intensity; the rich, chewy dialogue built from achingly gorgeous and soul-searing words–are the same things that make Williams so difficult to pull off onstage.

Some playwrights strive to create plays that “flow,” with scenes that move satisfyingly from one plot point to the next, powered by dialogue that comes effortlessly from the tongues of even the least experienced actors. Other writers, Arthur Miller and David Mamet, for example, prefer instead the blunt impact of forceful assault. With Williams, we get a little of each, a stormy marriage of flow and violence that, in the hands of many theater companies, can fall miserably askew.

With Williams, the flow is not on the surface; it must be discovered and brought to life by the cast and crew or all we are left with is the assault, and even that, in the hands of an inexpert cast, becomes dulled and deadened, and frequently, just embarrassingly bad. In short, it is far easier to do bad Tennessee Williams that to do good Tennessee Williams, and it’s nearly impossible to do great Tennessee Williams.

Two Williams plays opened last weekend in the North Bay–A Streetcar Named Desire and The Night of the Iguana, staged respectively by the Pacific Alliance Stage Company and the Sonoma County Repertory Theatre. While neither production achieves actual greatness–an act akin to walking on water or ascending Everest without oxygen–both productions earn the right to be called good; Iguana, in fact, is very good.

Streetcar, of course, is the story of Blanche DuBois, a semidelusional, alcoholic Southern belle who depends a little too much on the kindness of strangers, and her descent into sad and skittery madness while spending the summer at the New Orleans home of her sister, Stella, and Stella’s brutish, pressure-cooker husband, Stanley Kowalski. The winner of the 1947 Pulitzer Prize (Williams snagged another in 1955 for Cat on a Hot Tin Roof), Streetcar became branded into the popular subconscious with the 1955 film version starring Vivien Leigh as Blanche and Marlon Brando as Stanley.

No play in modern history has been more greatly harmed by its own filmic adaptation than A Streetcar Named Desire, because few productions can hope to match the power and near mythic stature of that film. After hearing Brando scream “Stella! Stella!”–the “to be or not to be” soliloquy of the postmodern world–few audiences can watch another actor play that scene without laughing. It is a testament to his skill and fearlessness, then, that actor Michael Navarra, tackling the role of Stanley in the eerie new Pacific Alliance production of Streetcar, manages to bring enough new ideas to the role to keep it from being entirely eclipsed by the myth.

Navarra’s Stanley is an angry little man trying desperately to be an angry big man. Puffing himself up through determination and sheer willpower, powered by a natural tendency toward meanness, Stanley has taken his wounded, working-class pride and transformed it into a bullying animosity toward anyone and everything that threaten to be superior to him. This is not good for poor Blanche (an appropriately jittery Julia McNeal), who assuages her own wounded pride by compulsively lying and constantly playing up her own imagined upper class.

When she says “Daylight never exposed so total a ruin,” she is talking about her own road-weary appearance, but it also serves to describe the fragile environment into which she has inserted herself. The clash between her own delusions and Stanley’s commitment to exposing things for what they are–ironic, considering his own level of self-delusion–cannot and will not end well.

Self-deluded in a different way is Blanche’s sister, Stella (remarkably well-played by Alexandra Matthew), whose commitment to Stanley is so strong that she’s become accustomed to choosing which of his traits to ignore, ultimately and tragically electing to side with him even after his pent-up violence is ultimately turned on Blanche.

Directed by Hector Correa as to emphasize Blanche’s mental illness, this is a production that, while sometimes being too rushed in places where it should rather slow down and simmer, still manages to find a powerful blend of language, harsh, sadly resigned aggression and blunt emotional force.

That said, I fully confess that I have always preferred Williams’ Night of the Iguana to A Streetcar Named Desire, and the Sonoma County Repertory Theatre’s new production is a terrific example of why. Directed by Sharon Winegar, Iguana is a lighter piece, though Williams did not skimp on his trademark examinations of such issues as alcoholism, self-delusion and crushing self-destruction.

Iguana, taking place over a single afternoon and evening, is set in a rundown resort in Mexico, to which a defrocked, alcoholic Episcopalian minister named the Rev. T. Lawrence Shannon (sprung marvelously to life by Scott Phillips) has brought a busload of tourists. Kicked out of the church for committing fornication and heresy all in the same week, he’s now a third-rate tour guide specializing in leading groups of sightseeing women who might be susceptible to his embattled sexual charms.

When we meet him, the Reverend appears to be headed for the latest in a series of emotional breakdowns. He’s just been caught with a 16-year-old choir girl (“There’s nothin’ worse for a girl of your unstable condition than gettin’ involved with a man of my unstable condition,” he tells her), and though he’s trying to weather this storm without taking a drink, it is clear that he has reached the end of his emotional road.

His soul, such as it is, becomes the prize in a tug-of-war match between the randy innkeeper Maxine (Peggy Van Patten) and the spinsterish painter Hannah (a never-better Jennifer King), each of whom believes they know what Shannon needs, neither of which is entirely on the money.

The Night of the Iguana is alternately funny and heartbreaking, with a powerfully complex ending that, though it has proved tonally problematic in some productions, seems entirely proper and satisfying and right in this one. Unlike poor Blanche DuBois, the Rev. Shannon ends up getting exactly what he, and the audience, truly deserves.