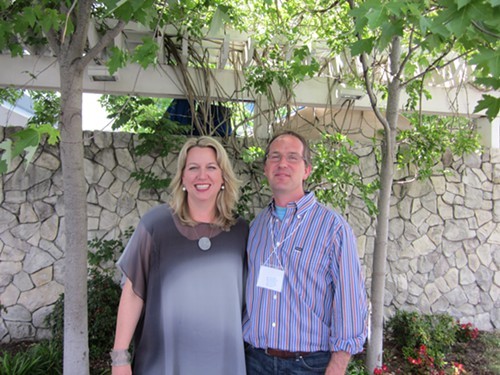 On June 1, Cheryl Strayed taught a daylong writing and craft workshop in Petaluma. The author of Wild: From Lost to Found on the Pacific Coast Trail, as well as the voice behind Dear Sugar, the popular advice column on The Rumpus, has a huge following, one that’s grown especially large after Wild was featured on Oprah’s Book Club. Organized by poet Albert Flynn DeSilver, Marin’s first poet laureate and the face behind The Owl Press, the event on a sunny Saturday brought together a few hundred Strayed fans to hear about her process and do a little writing themselves.

So without further adieu, here are:

1. If you have small children (and the money), hotel rooms can be a good place to write. Strayed got Wild written by checking into hotel rooms for 48 hour stretches where she would “write like a motherfucker.” She doesn’t write everyday. She calls herself a “binge writer.” The most important thing is to find time to write, whether it’s everyday, one day a week or in weekend spurts. There’s hope for us Moms yet!

2. Memoir gets a bad rap as narcissistic, but Strayed says that successful memoir is the opposite of narcissism. “You’re transcending the difference between you and me,” she told us. We do this by using self, and the narrative tools of fiction, to create story.

3. How do you write your truth while protecting those you love? “I got to a place where I was genuinely writing about people on the other side of forgiveness,” Strayed said. But it took years of writing to get there, and even then, though her father was abusive, tyrannical and “not a good person,” she woke up “breathless with sorrow” when she thought about him reading what she’d written in Wild. The important idea to try to remember is that the entire picture is often broader and more complex then we realize when we begin writing.

4. People want to read a human story, with all the mistakes, bad choices, ugliness and triumph that comes for all of us at one point or another. Nobody wants to hear about somebody who never makes mistakes, who never shows a shadow self. “Use the places where you rubbed up against yourself,” she said.

5. “Trust however weird you are, a whole bunch of us are just as weird.”

6. Think about the question at the core of your work. For Strayed, whose mother’s death forms the spine of Wild, it grew from “How do I live without my mother?” to “How to bear the unbearable.”

7. Strayed believes in radical honesty, sparing no shadow. She said that most people fear condemnation when they speak their deepest truths, foibles, when they excavate their darkest matter, but rather than being condemned, when people write to the place that makes them uncomfortable, to the point of revelation, that’s when the bridge is crossed between the reader and the writer.

8. She’s all about “Trusting the heat.” “Do it so righteously that we can’t help but look,” she told us. “It’s up to you to make a place for yourself in this world.”

9. It was pretty damn wonderful to see 250 people writing together in one large room. 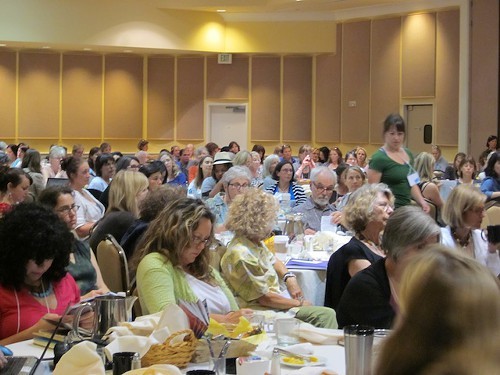 10. Write what haunts you. What are you obsessed by? What keeps you up at night? Remember, everyone starts out with some kind of handicap and without an audience. But that doesn’t mean you can’t write like a motherfucker. Nobody can (or will) give you permission to do this but yourself.